Hello guyss.. Especially fans of the show Har Yug Mein Aayega Ek Arjun. I am a huge fan of the show and all the characters present in that show. Now during lockdown when I sat and watched the show 'n' number of times I felt that the show focused a lot on Arjun itself. I agree he is the main lead and he is one of my favorite too. But there are many other dynamics which I wanted to explore and here it is. Hope you all will love this. I even hope I do justice to ALL the Characters. I am extremely sorry Ariya fans but this FF has only Secret Seven. Hope you all shower much love to this. Please tell me if you liked this idea. Here all the characters are important and loved. Waiting for your response after which I will start posting.

P.s Already I have started writing on Wattpad under the account nidhi_kini_5. So NO COPYRIGHT INFRINGEMENT INTENDED. It's the same person.

Introduction :- This fanfiction is based on ITV series Arjun which aired from (2012-2014). In that show ACP Arjun a tough rebel cop loses his wife Roshni as Sikandar kills her. The department has no idea  about Sikandar and refuses to believe him. They even think it might be because of his anger that someone took revenge from him by killing his wife. ACP Sameer Rathod who was bestfriend of both Arjun and Roshni also doesn't believe in Arjun like the department. Then after a few months Commissioner of Mumbai Police puts Sameer and Arjun together in a team named ETF (Emergency Task Force) and asks them to lead it. Sameer as chief of the Force and Arjun as second in command.  At first there were 3 members other than them, Chotu as Commando, Shree as tech expert and Riya as research analyst. But Riya dies during one biological war case (not related to Sikandar). Then Aisha joins the team as a cop, Liza as Forensic investigator and Sakshi as a publicist of ETF's work. In an organ racket case Ayesha, Chotu, Sakshi and Liza die in a bomb blast which the minister pleads guilty to. Arjun then resigns from the department as they had never supported him or his team. Shree moves to Kolkata Crime Branch and Rathod works in Mumbai Headquarters. They then meet for a mission i.e., to search Sikandar and kill him and even find something very important. To find out what, jump into the story. And let's see if the remaining team completes the mission. 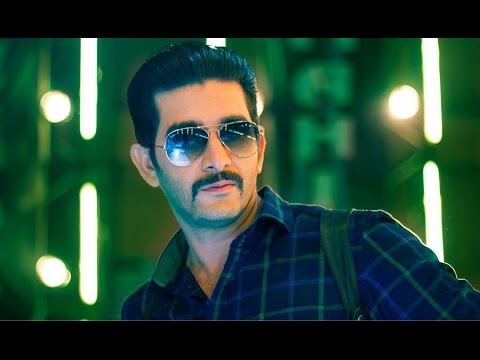 A strict officer who follows protocol and rules no matter what. Is understanding and caring towards everyone. Saves everyone from Arjun's anger. Deeply regrets of not believing him and standing up with him when he needed him the most. Misses his ETF team. Left ETF and joined a Mumbai Headquarters. One liner: DAMN IT!! 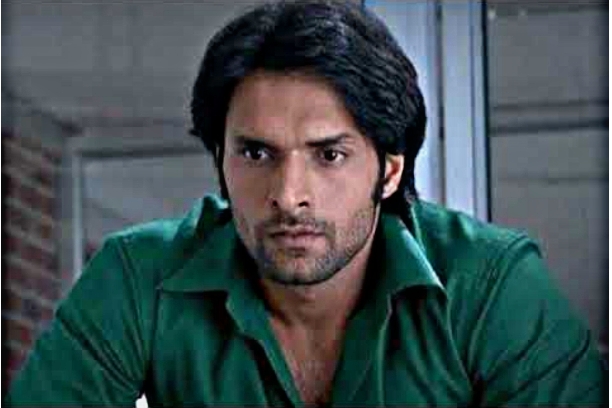 He was a rebel cop. Always used to hide his emotions after his wife's brutal death. Wants to kill sikander at any cost and will cross any boundary.
Resigned from ETF when his team mates died in a case. Turned calm after his team died. Is still on the mission even after finding the lead from past 6 years. Was sameer's best friend once upon a time. One liner: Samjhe Ya Samjhaun (SYS). 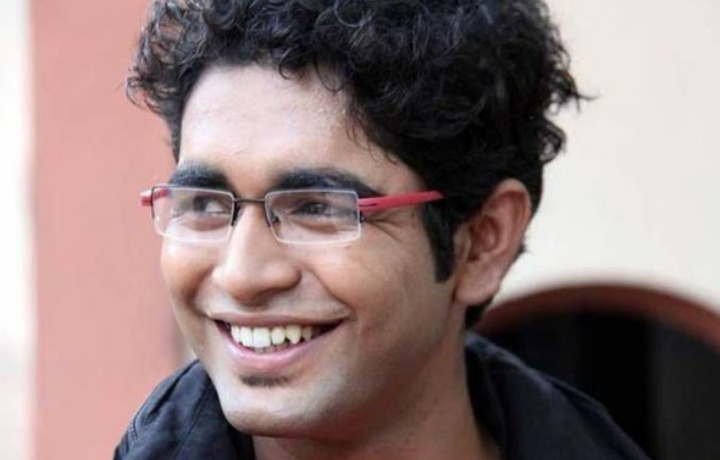 A tech expert and is fun loving guy. Respects both the ACP's but loves Rathode the most as he saves the whole team from Arjun's temper. Chotu is his best friend and loves to irritate him the most. Gets irritated with Liza as she is his biggest headache. Also called as 'Specky Sen' by her. Transferred to Kolkata after loosing his team members. Misses them a lot. 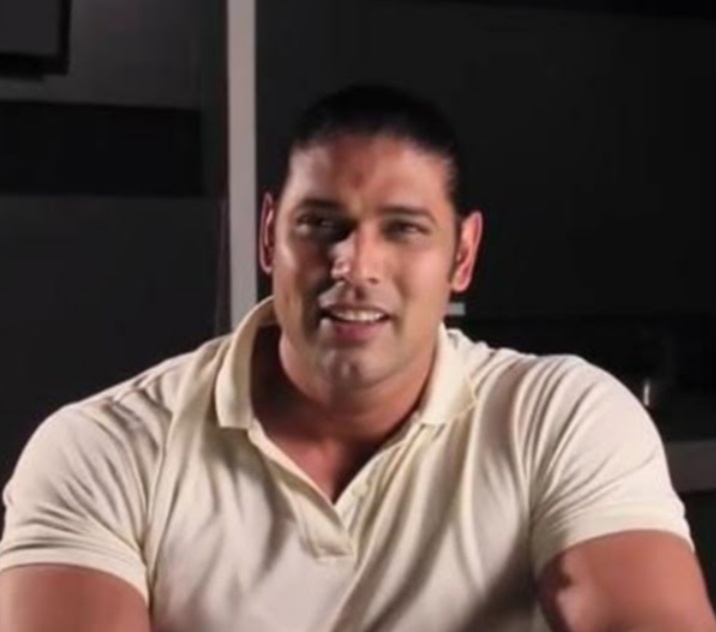 Chandrakant Patil a.k.a Chotu
Is a very soft person unlike what he is perceived by everyone. Scared of Arjun's anger and Loves Rathode as he saves him from Arjun's temper. His dialogue when Rathode is on a holiday "aise apne bachon ko koi zakhmi sher ke chatrachaya mein chodke jaata hai kya". Loved his pet Ruby a lot. Shree is his best friend. Has a crush on a girl who comes to supermarket on Sundays at 11:30. Is a commando. Died during a case.. 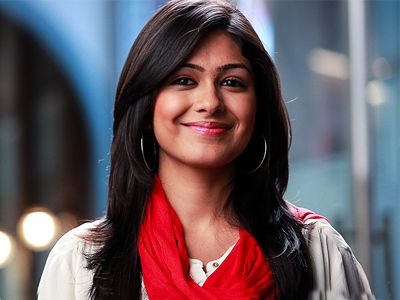 A bubbly cute girl who cheers everyone with her smile. Is a mixture of stupid, smart, responsible as well as irresponsible. Loves to tease Ayesha with Sameer. Best friend of everyone except ACP's. Wants Arjun to come out of his angry young man act so irritates him a lot. She is the most courageous team member when it comes to Arjun. Is an ex- crime reporter. She died during a case. 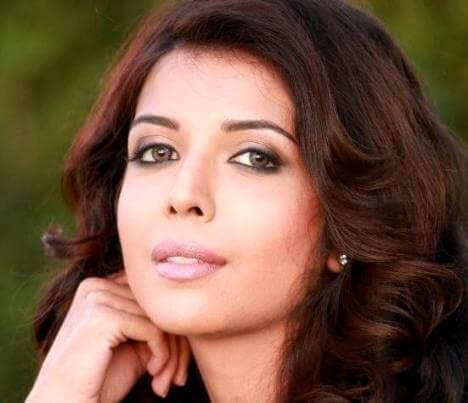 Lady dabang of ETF. A mixture of tadka and sweetness. Respects both the ACP's. Sakshi and Liza are her best friends. Always gets teased with Rathode. Met ETF when they spoilt her undercover project on drugs. For her one should never take law in hands whatever may be the reason.She died during a case.. 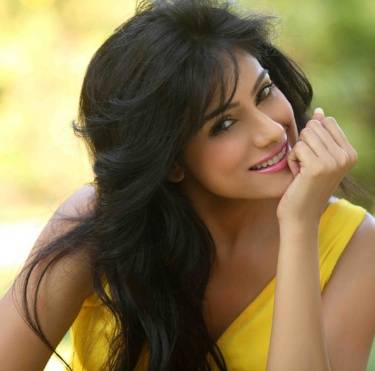 Is a forensic expert. Love to irritate shree and calls him specky sen. Ayesha and sakshi are her best friends. Scared of Arjun's anger. Loves Rathode when he saves them from Arjun. She died during a case 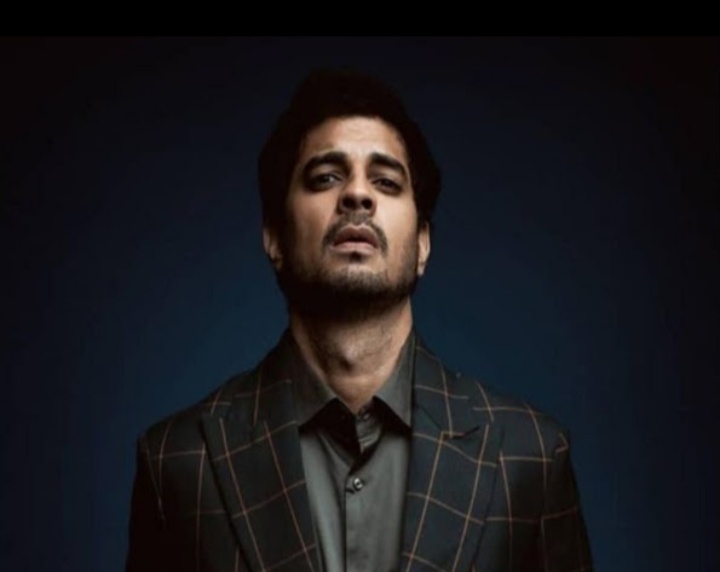 Chapter 6: The plan of Disguise

Chapter 8: Ready For The Mission

Chapter 12: Together we Stay

Chapter 13: Soon to be Normal

In a dark room sat a man twirling his pen while focussing on a picture (guessed it right, it is Arjun staring at Sikandar's picture). He was sitting there with a burden about his past which hurt him beyond repair.

He sees his emergency mobile flashing and he picks it up without seeing.

The man on other side of the call asks him "Kaisa hai Rawate?"

Rathode was his long lost friend because of Sikandar and now he is the same person who is helping him against the system and the department to get revenge.

To which Rathode replies with a "Nahin!"

Both have a small smile on their faces as they had copied each other's dialogues. And they knew it.

Arjun now realizes that he can't fight and even if he fights Rathode won't tell him anything. He says "Thik hai kal milte hai shaam 5 baje."

Arjun just feels like holding Rathode by his collar and giving him his SYS lesson but he can't because he knows that Rathode is always right about him and no one knows him better than his Sam urf Rathode.

Arjun replies with a slight tone of disappointment "Thik hai"

Then he replies with "Thik hai."

And they cut the call

Rathode comes back to E.T.F office from his meeting in Delhi after 2 days. He sees everyone working quietly and then sees Arjun in the conference room keeping an eye on everyone. He knows the matter is tense and tries to control his smile as he knows what his teammates are going through

This makes everyone turn to the entrance and jump with excitement.

Liza comes from the lab to give some report and even she exclaims "Good morning sir! Aap ko dekh ke acha laga. Aur yeh woh report dena tha." Saying this she hands over the report.

Rathode takes the report and thanks liza. Liza leaves to go back

Arjun comes out from the room and with a serious tone and no expression on face says "Sabka milna ho gaya. Ab kaam kare ya aur milna hai Rathode se?"

Rathode looks at everyone and tells them to get back to work. But this time all are happy as Rathode is there to handle Arjun's anger.

Arjun then leaves towards his cabin.

Rathode calls Shree, Chotu, Ayesha and Sakshi to give him a report on what happened.

Everyone tells him the details of the murder case.

Rathode then enquires with them "Aur kuch kehna hain?"

All others just stare at him out of disbelief. He soon realises what he said and there is no way out from there. So he says "Sorry sir"

Rathode who is controlling his smile then replies "It's okay."

Rathode then says "Okay Ayesha!" All stare at Rathode now. He smacks himself mentally and tries to correct himself and says "I mean okay Ayesha, Sakshi, chotu and Shree mein Rawate ko kuch nahin bataunga."

All passing a know it all smile..☺️☺️

They leave and while leaving Sakshi comes near Sameer and says "Sameer tumhe hum sabke naam lene ki koi zaroorat nahin thi. Everyone bol sakte thhe." and winks All realise what she is saying and before Sameer says anything Ayesha comes in between

Ayesha and Sameer pass a small smile while the former leaves the cabin.

Sameer has a smile on his face while remembering everyone Sakshi and Arjun's nok-jhok, Chotu and Shree's friendship, Shree and Liza's love-hate relationship mostly hate and Ayeshaa.... But now this smile turned into a more serious look. He misses his team and Rawate a lot. Even though Shree is alive they are not in regular contact. Once in 2 months Rathode calls him to check on him. Maybe after the team's death they didn't feel like talking as it would only increase the pain. Though they were bound by work they were a FAMILY

Arjun is waiting for Rathode at the place which Rathode selected. They had been very careful during these 6 years. Both having an emergency phone in which only each other's contact was saved in order to contact during problems. It was Rathode's idea and it was him who used to make arrangements of their meet to talk about mission Sikandar. After knowing the involvement of minister in ETF' s death they didn't trust anyone. They met only 3 times in these 6 years. Call was also never regular it was only when there was an urgent need of discussion.

Rathode then in a low voice and a serious tone tells him "Nahin baat kuch aur hai."

veryy excited for this new storyy!!!!

Excited For the story....

If possible please  pm me when you update. :)