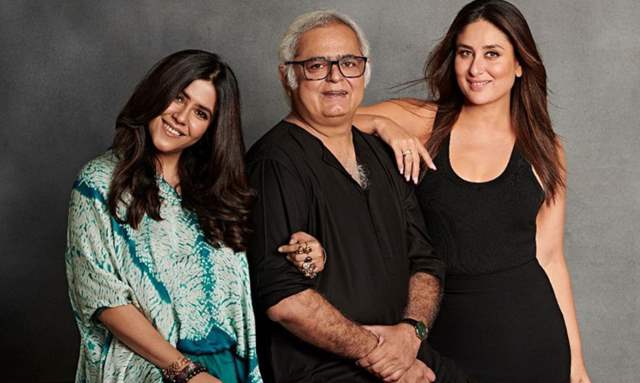 It's yet another new beginning for Bollywood actress Kareena Kapoor Khan who is all set to add another feather to her cap after Jeh’s birth. The 40-year-old actor has reportedly turned producer alongside Ekta Kapoor for a gritty thriller to be helmed by Hansal Mehta. The filmmaker is at his best ever after the success of Scam 1992: The Harshad Mehta Story.

In a career span of over two decades, Kareena stepped into producer’s shoes with a yet-untitled thriller, inspired by a real-life incident, set in the UK. The actress turned author as she announced her first book back in July 2021.

Speaking to Mid-Day, Kareena confirmed her latest venture and said, “I’m honoured to work as a producer on this film with Ekta. I am a huge fan of Hansal’s movies, and to work with him for the first time will be special. This film marks a lot of firsts.”

Hansal Mehta, who is excited to work with Ekta and Kareena as producers of the film, told the daily, “Our aim is to create a gripping thriller and moody thriller with Kareena playing a character that I hope will do justice to her talent as an actor.”

Meanwhile, on the work front, Kareena will be seen next in Aamir Khan co-starrer Laal Singh Chaddha. It is helmed by Advait Chandan.

Recently, Kareena was seen at Mehboob studio as she was seen shooting for a project. Kareena looked ravishing as she wore a red one-shoulder ensemble that featured an exaggerated bow detail that extended from the shoulder up to the waist. The actress completed the look with a bold red lip shade, exaggerated eye make-up, and dewy skin.