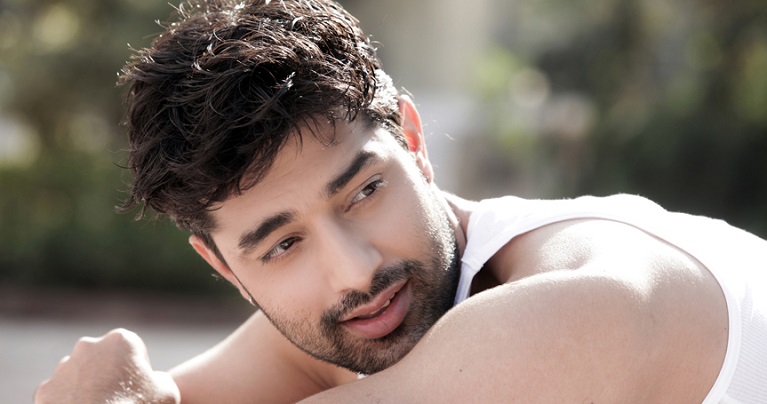 Talented actor Vikrant Rai, rose to fame with his shows like Ghar Ki Lakshmi Betiyaan and Maayka, is quite excited to debut on the silver screen with the much awaited movie Uvaa.

In a conversation with TellyBuzz, Vikrant shares about his debut on silver screen, his journey with television, future plans and much more.

You are going to debut on silver screen from television. How is the feeling and how did it all happen?

Yes, finally I am going to debut on silver screen with a fantastic film titled "Uva". I am known for doing some intense and lover boy characters on television. My major fan following is from television and I am sure that I won't disappoint them. My journey on television has been smooth. My first audition was with Balaji productions. Ekta ji liked my performance and selected me for Kkavyanjali in the year 2006. At that time I was in the final year of my college and didn't even have my portfolio.

After that I did two shows for Zee TV as leads. Both the shows and my characters became popular across the globe. As a TV star at an early age, I always used to wonder why only the sons of stars can debut on big screen! Why can't someone like me? Then I took this up as a challenge that no matter what I will enter Bollywood and show everyone that with patience, self belief and determination, even a boy who is nowhere, can conquer Rome. It took sometime but finally I am here and miles to go before I sleep.

Tell us a bit about your role in the movie?

when I was offered this film, I went through the whole narration of the movie in just one go with my director Jassi Sir (Jasbir Bhaati). He was the director of my first show, Kavyanjali. He was looking for a leader kind of a personality who has a strong screen presence yet can perfectly fit in to a school boy role. While he was narrating the script to me, I started creating the character in my mind and I loved every part of this character. I am playing the character of Ram Pratap Choudhary. The major things that attracted me towards this role, were his decision making and leadership qualities and also his shyness when it comes to girls. With this, I sensed the opportunity to show two different shades in my acting. This is a youth centric, energetic and an entertaining movie conveying a strong social message. I personally believe that being associated with Cinema; we have some responsibility towards the society.

What has made you opt for the movie? We even heard that for the film you rejected some good shows offered to you...

No doubt, my stardom and fame, whatever little I have is all from television but not having a Godfather in the film industry, I did whatever came to my way and I tried to do best in every show I was a part of. I was always a hero in my school life and I have always done Herogiri throughout my life. Even my teachers used to scold and say that I don't fit here, I should go to Mumbai and become a hero. I dared to believe that I would do a great Herogiri on the big screen as well, if provided with the right opportunities, under correct guidance and right circumstances. That's why I politely turned down television for a while as I couldn't stop myself dreaming about seeing myself on the big screen.

Which show proved to be the turning point of your career?

Television or movies, what's your preference?

I should be asked to the more fortunate ones in the industry. I am standing here all alone on my own on the basis of my hard work. So, any kind of good work coming my way, be it television or movies, both are welcome. It's high time we should stop differentiating between movies and television as both are forms of entertainments and both have their own respective places and importance. An actor is always an actor when he/she faces the camera; doesn't matter if it's for a movie or television. So, let actors be actors and not television or film actors.

How excited you are about the release of your movie?

I don't know the excitement level but yeah I do feel that excitement which is natural. I feel a bit like an achiever as I have come this far. I just want to thank my parents that they have always stood by me and believed in me and my dreams. I want to thank my director Jasbir Bhatti for showing his faith in me and giving me a break in Bollywood with this movie. There is a nice connection between me and him. He is my first show's director and also my first movie's director.

Coming 26th June is the future to me when I am going to see audience' reaction to my movie Uvaa. It's a youth centric movie so I am sure the viewers would love the movie. The music of the movie is already a hit among youngsters. I am positive about my movie that Uvaa will make its own mark.