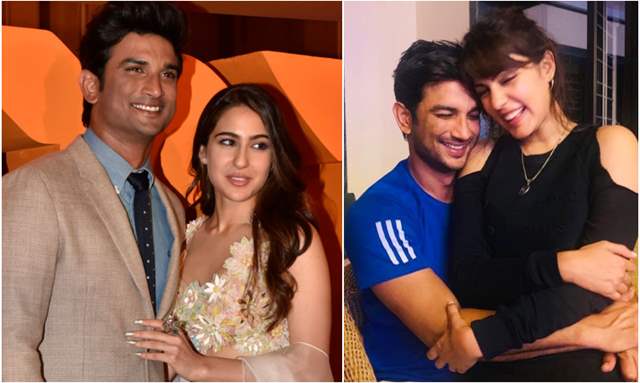 In a recent turn of events, the manager of Sushant Singh Rajput’s Lonavala farmhouse - Raees, has made some shocking revelations and confirmed Rhea Chakraborty and Sara Ali Khan’s visit to the farmhouse.

A latest India Today report has stated that Sushant used to visit his farmhouse a lot, at least once or twice a week and he has seen stars like Sara Ali Khan, and Rhea Chakraborty accompanying him. Raees said, "Initially it was Sara Ali Khan who would accompany him. Then Rhea also started coming. He would have all his team with him."

The report further quoted him as he revealed, "Parties would take place on the island. The smoking paper used to come but I don't know for what. It would be mentioned in the list. I have no idea what." He maintained that expensive vodka drinks used to be served at the parties.

Furthermore, Raees also mentioned that Sushant planned to spend the lockdown in the farmhouse, however, for some reason the plan was dropped. He also revealed that Samuel Miranda called him up to say that Sushant won't be visiting the farmhouse.

These statements have also corroborated to that of the boatman’s claims who reportedly ferried Sushant from his farmhouse to an island for parties has revealed names of stars like Sara, Shraddha Kapoor, and Rhea Chakraborty who have accompanied the late actor to the island.

Another India Today report stated the boatman speaking of these parties and mentioned that Sara Ali Khan came with Sushant about 4-5 times. Shraddha Kapoor too had come with Sushant, as per the statement. Furthermore, Deepesh Sawant - the actor's staffer, Samuel Miranda - Sushant's house manager, Showik Chakraborty - Rhea's brother and Zaid Vilatra - the drug peddler arrested by the NCB have also visited the farmhouse several times.

Meanwhile, the investigation of Sushant’s death has seen some major twists with every passing day and Rhea Chakraborty has reportedly thrown up some high-profile Bollywood names including Sara Ali Khan, Simone Khambatta and Rakul Preet Singh. Currently, the NCB is investigating parties at Sushant's guest house and Pavana dam island. However, if we are to go by the reports NCB is yet to send summons to Sara, Rakul and Simone.

"My favourite moment is of my own of the series, which is a ...
4 minutes ago

6 Iconic Dialogues Every True Mirzapur Fan would Use in Real ...
30 minutes ago