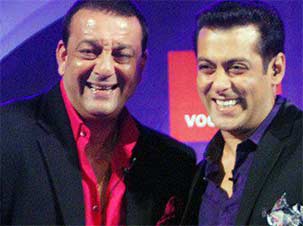 Writer-turned-director Muazzam Beg has decided to chronicle the lives of Hindi film stars Salman Khan and Sanjay Dutt in his film "Munna Bhai, Sallu Bhai", which will portray a softer side to their otherwise omnipotent images.

"'Munna Bhai, Sallu Bhai' is about two superstars - Sanjay Dutt, Salman Khan. The purpose of the movie is to show how die-hard fans love their favourite stars," Beg said in a statement.

The film, starring debutant actors Shreshtha Kumar, Zubair Khan and Anjali Arora, will show the lives of Salman and Sanjay even before they started their careers in the industry.

"I am very glad that director Muazzam has so much trust and believes in me for this character. I am really happy to be a part of this film," Shreshtha said.

The movie is currently being shot and is slated to release next year.