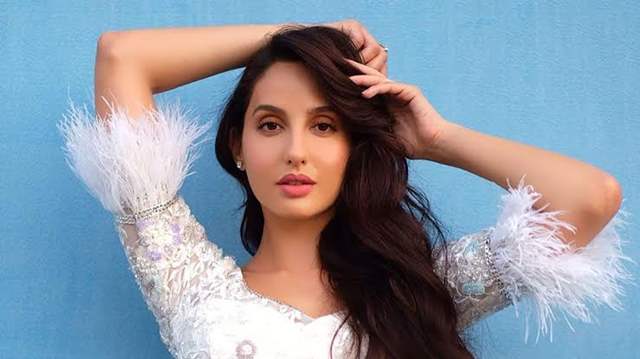 Since then the actress has been a part of many popular dance tracks like 'Saki', 'Garmi' amongst others and is slowly carving her own space in the Hindi film industry.

Nora is quite vocal about her struggling phase in life and keeps sharing anecdotes from her hustling life.

Recently when the actress made an appearance on the show 'Star Vs Food', she recalled working as a waitress during her teenage years in Canada.

The Canadian-born actress revealed working as a waitress from time to time when she was only 16 years old.

While Nora called it her ‘side hustle’ which continued till she was 18, she recalled how difficult it was to have the right communication skills, personality, good memory and pace to pick up the work.

Speaking about the challenges of the profession, Nora said,

Nora also talked about Canadian food during the show. She shared that back in the country, people love thick and curvy women.

“Being skinny is not much liked. That’s a cultural mentality and that’s why we are constantly eating” she said.

Nora came a long way ever since she made her Bollywood debut in ‘Roar: Tigers of the Sundarbans’.

While success didn’t knock on her door overnight, she gained massive popularity when starred in several dance numbers.

With respect to work, Nora Fatehi was last seen in Ajay Devgn-Sanjay Dutt starrer Bhuj: The Pride Of India which premiered on Disney+Hotstar.

She will be next seen shaking a leg to a special dance number for John Abraham-Divya Khosla Kumar's Satyameva Jayate 2.