September 11th, 2001, marks the day when 2,977 people were brutally killed in a terrorist attack launched upon the World Trade Centre in New York City. To remember the deceased of the attack on this Remembrance Day, BollyCurry presents to you the top 5 Bollywood/Urdu movies based on the 9-11 attacks and its aftermath.
Yun Hota To Kya Hota: What if..? 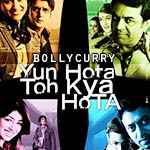 Yun Hota To Kya Hota: What if..? (2006), directed by the super-talented Naseeruddin Shah was the first Hindi film based on the 9/11 attacks. The story revolves around a group of people from various cities of India, who are flying to the USA when their plane gets hijacked by terrorists and is crashed into the Twin Towers and Pentagon on 9/11. The group of people consists of: Tilottima Das Punj (Konkona Sen Sharma), Salim Rajabali (Irrfan Khan), Rahul Bhide (Ankur Khanna) and Rajubhai Patel (Paresh Rawal). Tilottime is happily married to Hemant (Jimmy Shergill) and she's flying to him so they can be together forever, away from her cruel mother-in-law who doesn't want her to stay in touch with Hemant. Next we have Salim, who is the rich son of a powerful godmother (Saroj Khan), but gets involved in killing and to save his mother's reputation, he's forced to go to the USA. Then we have Rahul, a poor but brilliant medical student who gets an offer from a prestigious American university and is all set to go there. Last, but not the least, we have Rajubhai, an organizer for prestigious and popular foreign shows who is flying to the USA with his ex-girlfriend Tara (Ratna Pathak Shah) and daughter Payal.


The film highlights the horror of hijack and some incidents that occur in those horrific minutes. Truly a brilliantly pictured movie made as a tribute to 9-11. 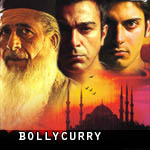 A Pakistani blockbuster, this super-hit movie was directed by Shoaib Mansoor and it starred Shaan Shahid and Fawad Afzal Khan in lead roles, while Naseeruddin Shah makes a special appearance in the movie as a Maulana. The movie is about two singers who are brothers, Mansoor (Shaan Shahid) and Sarmad (Fawad Khan) and a British-Pakistani lady Mary (Iman Ali). Sarmad becomes influenced by an Islamic activist and begins to practice the extremist interpretation of Islam, thus leaving music. Mansoor instead goes to a musical school in Chicago where he meets Janie and gets married to her. On the other hand we have Mary, a British-Pakistani lady who is trapped in her own hypocritical father's trap and is brought to Pakistan where she's forced to marry her cousin Sarmad. She tries to escape but is caught by Sarmad who consummates their marriage by force. When Mary finally manages to escape, all thanks to the British government and Sarmad's parents, she takes her father and Sarmad to the court where a Maulana (Naseeruddin Shah) explains how Islam is being butchered in the name of war and hatred, bringing the religion forward in a believable and peaceful manner. Sarmad withdraws from the case and realizes the damage that he was made to do in the name of religion. Mary is now free and she returns to the village where she educates the girls. On the other hand, in Chicago, post the 9/11 attacks, Mansoor was arrested on the suspicion that he was a terrorist, and was kept in custody for a year just because he is a Muslim by religion and originally belongs to a Muslim country. Due to the damage of his brain from the torment sessions, he is deported to Pakistan where he finally begins to recover.


The film not only highlights how some people "use" Islam as a religion to carry out their own missions, but also depicts the aftermath of a long year of torture of the innocent who are agonized based on mere suspicion. 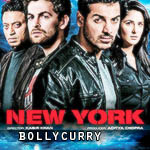 This John Abraham, Katrina Kaif and Neil Nitin Mukesh-starring blockbuster, New York (2009) is a film that tells the story of Omar Aijaz (Neil Nitin Mukesh), a young Muslim who is arrested and interrogated by another Muslim FBI officer, Agent Roshan (Irrfan Khan) because guns were found from a cab that he owned. He is then forced to spy on his former college friend who is suspected to be a terrorist - Sam (John Abraham), a young man married to Omar's college crush Maya (Katrina Kaif) and father to their son, Danyal (Aidan Wagner). Omar agrees to help the FBI only to prove his and Sam's innocence. He therefore goes to Sam's house and starts living with him and his family. Soon he comes to know that his dear friend is involved in the planning of an act of terrorism in order to seek revenge from the FBI because they had him arrested ten days after the 9/11 attacks and tortured him for several months simply because he is a Muslim. The film ends with Sam and Maya's death, while Danyal is adopted by Omar. Agent Roshan is seen visiting Omar in an attempt to bridge the gap that had come between them as they both had different opinions on how to handle Sam, or anyone in that aspect, who has been prey to third degree torture merely because they are suspected to be involved in an act of terrorism.


The film highlights how the 9-11 attacks changed the lives of every Muslim living in the USA and how they suddenly become the victim of racism and discrimination despite being entirely free from any sort of terrorist plans.
Kurbaan 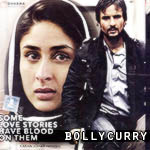 Fourth one up is the Saif Ali Khan and Kareena Kapoor Khan's starrer, Kurbaan (2009). This film tells the story of Avantika (Kareena Kapoor Khan), a Hindu girl who falls in love with Ehsaan Khan (Saif Ali Khan), a Muslim man. The couple get married and move to the USA where Avantika's life changes completely, after meeting her neighbour Salma (Nauheed Cyrusi) who informs her about her house-arrest and asks Avantika to inform her friend Rihana (Dia Mirza). Avantika becomes pregnant and is eagerly waiting to share this news with Ehsaan but she hears some voice from her neighbour's house and finds out that Bhaijaan (Om Puri) is planning to send his son and blast the flight in which Rihana is travelling. Unfortunately, she gets caught and locks her house, waiting for Ehsaan. When Ehsaan comes back, Avantika gets to know that he too, is a part of this terrorist group and married her only to get a legal visa into the USA. Ehsaan keeps Avantika in house-arrest and threatens to kill her father in India if she told the truth to anybody. Avantika sends a voice-message to Rihanna, asking her to not board in the flight but she unfortunately does and dies. Later, Rihanna's heartbroken boyfriend Riyaz (Vivek Oberoi) finds Avantika's voice message for Rihanna and begins a mission to spoil the plan of Ehsaan and his group with Avantika's help. The film ends with Riyaz saving many innocent lives in the local train and Ehsaan having a heart-change to save his wife and child. He therefore he shoots himself in order to protect his wife.
Different from others, the film highlights the corruption of religious beliefs in an attempt to 'rectify' the damage to Muslims world-over.
My Name Is Khan 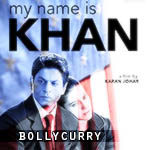 Last but definitely not least is one of the best films in the history of Indian Cinema, Karan Johar's My Name is Khan (2010) starring Shah Rukh Khan and Kajol. It tells the story of Rizwan Khan (Shah Rukh Khan), a young man who's suffering from Asperger Syndrome yet has a special ability to repair mechanical things on his own. After his mother's death, Rizwan goes to San Francisco and starts living with his younger brother, Zakir (Jimmy Shergill) and his wife Haseena (Sonya Jehan). In the big city, Rizwan falls in love with Mandira (Kajol Devgn), a single mother. No sooner love blossoms and the duo get married. Everything is fine until the 9/11 attack. The beautiful couple and Mandira's son, Sam (Arjan Aujla) begin to experience post 9/11 prejudice and soon after, a gang of older native American boys mercilessly kill Sam at soccer practice session because his step-father is a Muslim. A shattered Mandira blames Rizwan for the death of her son because she thinks Sam only died because his last name was 'Khan'. She further sarcastically asks Rizwan to tell the entire American nation and most importantly the President of the United States of America that his name is Khan and he is not a terrorist. Rizwan takes Mandira's request extremely seriously and the rest of the movie shows his journey from one state of America to another because he wanted to meet George W. Bush (Brent Mendenhall) - which he fails to, and later the new President-elect, Barack H. Obama (Christopher B. Duncan). The film concludes with Rizwan and Mandira going back home together after a lot of struggle seen by Rizwan including imprisonment and hospitalisation. Rizwan finally get the opportunity to announce on National TV and in front of President Obama that indeed his name is Khan, but he is not a terrorist.
This film also highlights the outcome of the 9/11 attacks to Muslims living in the USA, but what makes it special is Rizwan and Mandira's beautiful love story and Rizwan's journey to meet the President and prove that not all people sharing the surname 'Khan' or any Muslim surname in this case, are terrorists. Indeed a moral to remember!
A special mention goes to The Attacks of 26/11, a Hindi docudrama film directed by Ram Gopal Varma based on the 2008 Mumbai attacks and starring Sanjeev Jaiswal in his debut film and Nana Patekar.
Bollywood has surely shown many facets of the 9/11 attacks that teach us, inform us, and bring us all together. May Bollywood and every film industry continue to approach this sensitive topic with care and thought, just as the above actors and directors have. Yes, we must strive to remove the bad from this world, but we also need to ensure that the innocent are not harmed amidst this journey. May the souls of those deceased in the 9-11 attacks rest in peace.

Writer: Alina S.
Editor(s): Shreya S. and Sonia R.
Graphics: Virina R.
Have a suggestion or comment for BollyCurry? Drop us a PM at BC_Dropbox Today!