There are those moments where one cannot help but get emotional at a particular song because of the scene it is picturized on or due to the heartfelt lyrics. Our body and mood revolve around various emotions and as the month is coming to an end soon, as well as the conclusion of BollyCurry's theme of Emotions, we present you with a small list of songs that has Lyrics That Touched Our Hearts.
These songs are those that tugged at heart strings and still manage to make a few tears spill over to this day. Read on to find out what songs would make your heart ache with one listen. 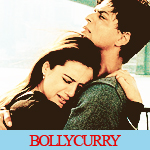 We begin with the touching "Kal Ho Naa Ho", this title track by Shankar-Ehsaan-Loy penned by the brilliant Javed Akhtar and beautifully sung by Sonu Niigam manages to get you emotional under any circumstances. Kal Ho Naa Ho is a romantic comedy drama based on Naina (Preity Zinta) and Rohit (Saif Ali Khan) who are good friends and Aman (Shah Rukh Khan) who enters and changes Naina to being more spontaneous. The track is soothing to the ears as Niigam drones on about the seriousness of living.
"Tere Liye" 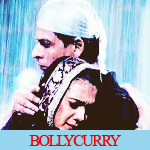 "Tere Liye" is from the romantic drama Veer Zaara that revolves around Zaara Haayat Khan (Preity Zinta), a young Pakistani girl travelling to India to fulfill her grandmother's dying wish of her ashes to be dispersed in Indian oceans. Zaara is met with an accident when Veer Pratap Singh (Shah Rukh Khan), an Indian Air Force pilot comes to her rescue and in return, he asks her to spend one day with him in his country. That was all it took and these two fell in love until they parted ways as Zaara's marriage had already been fixed. Love takes us places and Veer wants his love but as a twist in fate, he is forced to give up his love for Zaara. "Tere Liye" is the reunion of these two after twenty two years of separation. Lyrics well penned by Javed Akhtar  with the famous Lata Mangeshkar as the female playback singer alongside Roop Kumar Rathod and Udit Narayan.
"Abhi Mujh Mein Kahin" 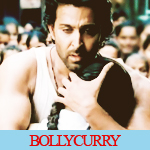 This track is from Agneepath, an action drama film with Hrithik Roshan as Vijay who witnessed the murder of his father at a young age. Falsely accused by Kancha Cheena (Sanjay Dutt), Vijay vowed to avenge his father death by killing everyone involved in the conspiracy against his father. Until to understand life for being so unfair to him yet trying to enjoy the little left of it and gaining what he missed out; "Abhi Muhjhme Kahin" is a heart touching track composed by Ajay-Atul and lyrics by Amitabh Bhattacharya. Sonu Niigam lent his magical voice which made this a memorable number.
"Bhula Dena" 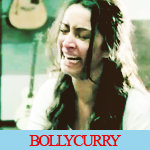 Aashiqui 2 is a Bollywood romantic drama starring Aditya Roy Kapur (Rahul Jaykar), a famous musician with an alcohol addiction who met Shraddha Kapoor (Aarohi Keshav Shirke) a bar singer who idolized him with a dream of becoming a successful singer. Touched by her voice and simplicity, RJ groomed Aarohi into becoming a singer and eventually they fall in love with each other. But Rahul's addiction to alcohol came between their love and Aarohi was willing to give up her dream career to help Rahul. Not wanting to be a burden or the reason for Aarohi to give up her dreams, he bid goodbye to her as he commits suicide leaving Aarohi to fulfill his dream of her becoming a famous musician like him. "Bhula Dena" is the last track in this film's album and has the most touching lyrics that will surely make one emotional as RJ bids goodbye to his love and the world. Sanjay Masoom brilliantly penned the lyrics while Mustafa Zahid did exceptionally well with the vocals.
"Humdard" 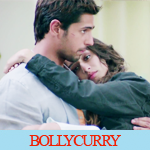 This Ek Villian track "Humdard" was beautifully sung by Arijit Singh. Proving that he is good with the lyrics and music composing, Mithoon did wonders with this track, making it a very emotional and touching track in this film's album. Sidharth Malhotra and Shraddha Kapoor paired up together for this action thriller flick that tells the story of Guru, a harden criminal who falls in love with Aisha, a free spirited girl who is living life to the fullest as she is suffering from terminal illness. Guru manages to work a miracle and makes her recover completely and then they got married soon after she became pregnant. Enters Rakesh (Riteish Deshmukh) who vents his anger for his wife on other woman who is rude to him by killing them and Aisha became one of his victims. After her death, Guru then turns into that harden criminal he was and is on the search for his wife's killer. "Humdard" touches all the right places as it makes one appreciate what they have in life.
Be it happy endings or sad endings, with each film there is that one track that defines its story line with its mesmerizing and heartfelt lyrics. That one track's lyrics that make tears roll down our cheeks and render us speechless. So grab your tissues and go listen to those tunes, if you haven't already and be sure to let us know your favourite heartwarming song.