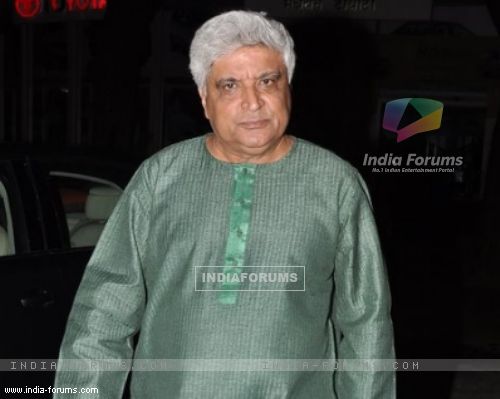 Acclaimed lyricist-writer Javed Akhtar, who along with noted writer Salim Khan penned stories like "Zanjeer", "Sholay" and "Deewaar", has said that he is planning to pen down "some good scripts" this year.

"I would like to write some good scripts again, hopefully this year," Javed said here at a book launch.

"Besides, there is lot more I want to do...more poetry, more lyrics, better poetry, better lyrics, better scripts...there is so much to do," he added.

Javed's last screenplay writer was for son Farhan Akhtar's 2006 directorial "Don". It was a remake of 1978 film "Don", the screenplay of which was written by the indomitable Salim-Javed duo.

The 69-year-old, who clocked 50 years in Hindi cinema last year, feels there is much to achieve and feels "50 years don't mean that I have achieved everything".

Further, he lauded the kind of work today's filmmakers are doing.

"When I see the work of other people (filmmakers, writers) and how wonderfully they are doing...for example 'P.K.' the kind of scripts they are writing, I get very impressed and inspired," the Padma Shri and Padma Bhushan awardee said.