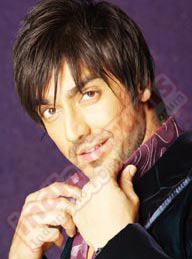 Ashish Choudhury has created quite a stir with his role in 'Dhamaal', although his latest, 'Speed', was not well-received. However, the confident actor is certain that his next batch of movies will become popular. We catch up with him for a chat.

Q. Your last film, 'Speed', was quite a disappointment after 'Dhamaal'.
A. Look, some films work, and some don't. I wanted to act in a thriller, and that is why I opted to work in 'Speed'. I believe there are two main reasons for the failure of the movie – one, that it took so long to shoot; and two, that there is high demand for comedies these days. There is no market for thrillers these days. Every genre has its day, I guess. I was convinced that 'Speed' would be a hit when I heard the script. Technically, it was excellent, but it did not go down too well with the audience.

Q. What else could be a reason for the failure of the movie 'Speed'?
A. I think the marketing of the movie was not done well enough. One hardly saw the promos on air. The promos could have been shot a little more stylishly, I think. And, as I mentioned earlier, we took a long time to shoot. First, there was Zayed's world tour, and then he was injured. The director, Vikram Bhatt, was also involved with other movies. Unconditional commitment is very important for any film. All the co-stars knew each other, but not that well. Therefore, the chemistry required between actors was missing.

Q. Indra Kumar was experimenting when he made a film without a heroine. What made you sign 'Dhamaal'?
A. Before 'Dhamaal', I had acted in 'Fight Club', where I thought I was overacting. However, Ritesh Deshmukh recommended my name to Indra Kumar, and he agreed. See, I was playing a comic role in 'Fight Club', and no one laughed at my antics because I was new, and the only one with a role like that. Ritesh explained to me that if I acted out a comic role in a film where everybody else was also being funny, then maybe I will be accepted as a comic actor. Now, I am hoping that 90 per cent of my films are comedies. 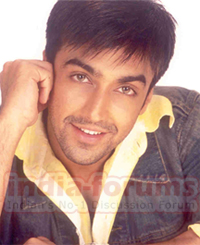 Q. What is the reason behind signing mostly multi-starrers?
A. I would prefer a multi-starrer to a solo-hero film. If I had not seen the way Ajay Devgan is on the sets of my first film, 'Qayamat', then how would I have known how to act, how to behave with people of the unit, what stardom is all about, or what professionalism is all about? Star kids know all about this industry, but I am completely new here. I have to learn a lot from these people. Also, if I am in a multi-starrer with some big names, then I will soon become a familiar, and hopefully, popular face.

Q. It is believed that the reason one may want to do a multi-starrer is the fact that if it flops, all have to share the responsibility.
A. I will not refute that – it is true to a point. I come from the advertising and business background. I understand economics. According to the theories of economics, I am a product only if I have market value, so that people buy me. I don't think people will spend 300 bucks to watch just me – that is slightly unfair to the movie-goer. I don't want to choke my audience. I try to sign up multi-starrers that will showcase the talent of a bigger star, as well as my talent, and I hope they like me. When I become super-confident, I will probably do a solo project.

Q. And when do you think that will happen?
A. Honestly speaking, I got a lot of solo-hero projects after 'Dhamaal'. I am just treading cautiously. I recently shot for Ravi Chopra's 'Bhootnath', in a guest appearance. He also offered me a great role in 'Pappu Pass Ho Gaya', starring Govinda and Lara Datta. That makes it two films with Ravi Chopra. Indra Kumar is making a sequel to 'Dhamaal', and will cast me in that as well. I have committed to three films with Suneil Shetty's Popcorn Entertainment after 'Qayamat'. I have also agreed to three films with Mukta Arts. Thus I have worked with all big banners, besides Yash Chopra and Sanjay Leela Bhansali. I want to be a part of solo-hero projects only after I have worked with all big banners.

Q. Will you bring in a bit of 'Dhamaal' with your new film, 'Rama Rama Kya Hain Drama'?
A. This is one film in my career that I do not want to speak about. My experience shooting for 'Rama Rama Kya Hain Drama' was bad, to say the least. The story narrated to me was very different from the one I shot for. As a professional, I completed the shooting and dubbing, and now I have nothing to do with the film. I would never want to work again with anyone associated with this film.

Q. Tell us something about your forthcoming releases – 'Kisse Pyaar Karoon', 'Kahin Bhi Kabhi Bhi', and 'The White Land'. 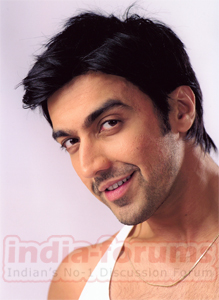 A. 'Kisse Pyaar Karoon' and 'The White Land' are my kind of films. Both are releasing next January. Of the two, my favourite is 'The White Land', based on the true-life incidents of salt workers. 'Kisse Pyaar Karoon' is a comedy like 'Dhamaal'. My co-stars are Arshad Warsi and Udita Goswami. At present, I am shooting for Suneil Shetty's film, 'EMI', where my co-star is Sanjay Dutt. I pray that he comes back soon. 'Kahin Bhi Kabhi Bhi' is a film I signed after 'Qayamat'. My co-stars are Dino Morea and Dia Mirza. We shot part of it in London, but something happened between Dia, Dino and Padam Kumar, and we stopped shooting.

Q. And what about other forthcoming films?
A. 'EMI' is my first film out of the three that I have signed for with Popcorn and Balaji. The three films with Mukta Arts are still untitled. Parritosh Painter is directing these three. I shoot for 'Pappu Pass Ho Gaya' next month. The sequel to 'Dhamaal' will go on floor soon. Besides, I am talking to some other people.

Q. You were saying something about 'The White Land'.
A. This film is very close to my heart. I have sweated and bled for this film, literally. I play a young boy, who has grown up at the sarpanch's house, because of which the villagers do not trust him. Ironically, the sarpanch does not trust the boy either. The story is related to the price of salt. Salt that costs seven rupees in the market, pays the salt labourers seven paise. The sarpanch is the villain. This is a story based on true events. The government does not even provide the labourers with gumboots or sunglasses necessary for working the salt lands. The area below the knee becomes so hard due to constant exposure to salt, that when a salt worker is cremated, the leg does not burn.

Q. Do you think the audience will accept you in a rustic role?
A. Absolutely. If you see the get-up of the character, you will be convinced and accept me as the villager. I have painted my body and dusted my hair. We shot in the hot sun, and some of the locations are actual salt lands, where all the action is. I have bled and been wounded. I am sure the audience will see the effort I have put in.

Q. Comedies, thrillers and serious films – what next?
A. 90 per cent of my movies will be comedies, since I love that genre. I would love to act in a romantic film like 'Dilwaale Dulhaniya Le Jayenge'. It is my dream film. To realise my dream, I have to reach a point in my career where my producer will trust me enough to carry a film on my own. There is time, but I am sure it will happen.