View Profile
Doing 108 commercials at the age of 21 is no small achievement. More so, when it includes famous brands like Hero Honda, Amul, MTR and BSNL. But that is what Aditya Singh Rajput has managed to achieve and is going strong to cross all records of doing the maximum number of commercials! 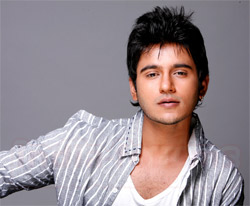 Incessantly looking for ways to reach new height, Adi now wants to venture into item songs for films. "I am passionate about dancing and I think I am a good dancer! I have also done a course from Shiamak Davar's academy. Combined with my sex appeal, I think I have everything that is required to give a successful item number," says the boyish hero who is extremely popular amongst girls.

But is it true that he was initially considered for Haal-E-Dil? "Yes I was. In fact I passed the auditions also. But later the filmmakers felt that I was too young for the movie, so someone replaced me," says the actor who had worked in the serious flick Maine Gandhi Ko Nahin Maara.

"But the effort I put behind Haal-E-Dil did not go waste. Ajay Devgan got to know about me from Kumar Mangat (Ajay's secretary and producer of Haal-E-Dil) and called me after seeing Maine Gandhi Ko Nahin Maara. After initial discussions, he offered me a plum role in U, Me aur Hum," says Aditya who played Ajay Devgan's son in the film.

Aditya seems to have had a finger in all pies when he says that he has acted in Tamil films as well! "I am young and have the energy to try out new things so you will see me doing a lot of things," exclaims the boy who dropped was even out of school after finishing plus two. He is currently acting in a major commercial directed by Mani Shankar for KSK Investors.

Sometime back there were rumours of him being linked with Nisha Kothari. "There is no truth in this. Though this has been clarified in the media, let me clarify it once again – I am her rakhi brother. We met five years back when both of us were strugglers. Since both of us were from Delhi we instantly hit it off well. Even now we are in touch and just the other day we went for the premiere of Sarkar Raj together. Just to set things right, let me clarify once again that I am dating a model!" concludes the handsome hunk.On the quiz regarding the name of the model, Aditya just winks to keep the veil for little longer as it seems he is not quite comfortable to depict his haal-e-dil in front of media right now.