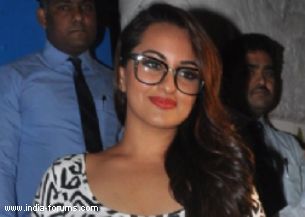 Actress Sonakshi Sinha, who is all set to shoot for action film "Action Jackson", says she has a lot of things going on in her mind.

As she gets ready to start her work, the actress took to Twitter to share her thoughts.

"All ready on set for 'Action Jackson'. In a contemplative mood today...So many things swirling in my head. Most unlike me," Sonakshi posted on the microblogging site Twitter Wednesday.

Deepika Padukone Arrives at NCB, to be Questioned over ...
15 minutes ago