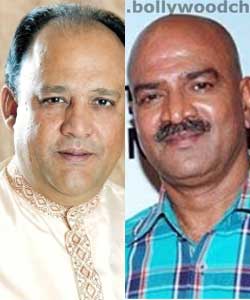 As we know, Rajan Shahi's Kuch To Log Kahenge will provide for the next new flavour on Sony Entertainment Television. After roping in big names like Mohnish Behl and Kritika Kamra to play the leads, the latest update is that the show has got some amazing performers in veteran actors, Alok Nath and Vijay Kashyap.

A little birdie tells us, "Alok Nath who was one of the pillars of Rajan Shahi's Bidaai when it came to casting, will essay the role of Mohnish Behl's father in his new show on Sony. Vijay Kashyap who was earlier seen in Sony's Babul Ka Aangann Chootey Na has been roped in to play father to the female lead, Kritika Kamra".

When contacted, Alok Nath told TellyBuzz, "It is true that I am doing the show. However, I am yet to sign my contract".

Vijay Kashyap on his part said, "I cannot talk about anything till the shoot begins".

Our efforts to get in touch with Producer Rajan Shahi were in vain.

smah 9 years ago Kuch to log kahenge is an adaptation of a Pakistani old drama Dhoop Kinaray written by Hasina Moen and acted by Rahat Kazmi,Marina Khan

TeekhiMishti 9 years ago Excited to see him back on screen have always loved mohnish and aloks father son chemistry :D

kitloo125 9 years ago Kritika kamra, waiting for u to hit the screen :) all the best

-Rahi- 9 years ago all the best kritika, looking forward to ur show

Du_Nish 9 years ago brilliant
waiting to be aired
can already imagine their respective roles
need to seee :)