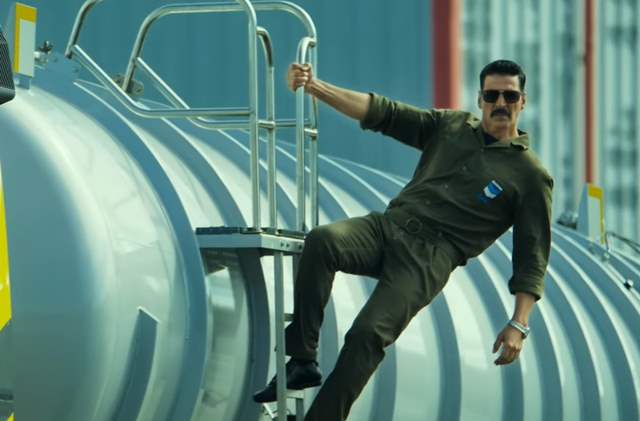 Pooja Entertainment’s BellBottom achieves an unbelievable feat! After finishing the film -this Akshay Kumar spy thriller surprises us with an impressive teaser. The retro themed espionage thriller evokes both nostalgia and excitement

The Scottish highlands, a taut breathless pace, Akshay Kumar's unimitable style stamped all over it and yes, a hark back at the eighties - the BellBottom teaser hits home and how.

Shot in the highlands of Scotland, the crisp teaser offers glimpses of an enormous geographical scale and lavish production value.

Check it out the teaser here:

Released barely hours after the film team landed back in the country after a packed 60 day start-to-finish schedule, the sneak peek into the retro spy thriller delivers on its promise and has hit the right notes.

Pooja Entertainment's BellBottom has Akshay Kumar in the lead with the usual panache playing a RAW agent on the trail of a mystery and the film’s retro theme brings back the eighties rather convincingly.

The film written by Aseem Arrora and Parveez Shaikh stars Vaani Kapoor as the leading lady, along with Huma Qureshi and Lara Dutta Bhupathi and is directed by Ranjit M Tewari.

"We would like to clarify that the actress is not a part of the film ...