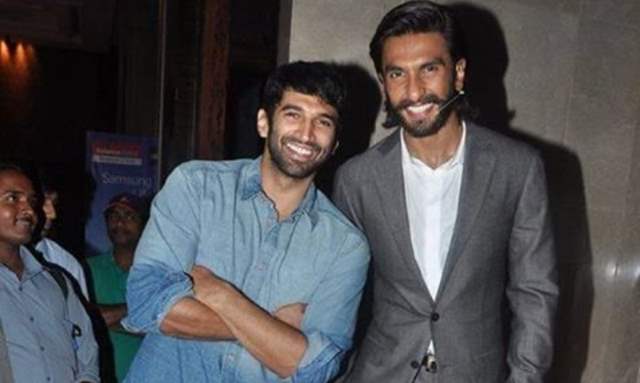 Actors Aditya Roy Kapur and Ranveer Singh studied in the same college and with everlasting camaraderie, the two share an impeccable bond. However, Aditya was accused of stealing Ranveer Singh’s girlfriend during their college days.

Speaking about the accusations during his appearance on Neha Dhupia’s radio chat show - No Filter Neha season 2 in 2017, Ranveer clarified about the same. He also shared an old story from his college days about how his girlfriend had broken up with him in order to be with Aditya.

During a recent interaction with Mumbai Mirror, three years later Aditya has reacted to the same and stated his stand on the issue. The Malang maintained that he had started dating the girl months after her and Ranveer’s breakup. “Maybe, I didn’t know how he felt,” he quipped. Aditya claimed that he had not stolen his girlfriend, he further clarified, “Only around eight months after that, did I start seeing her.”

Aditya’s clarification comes three years after Ranveer stated that “He was like every girl’s fantasy in junior college and the girl that I was crazy about that time who is now married with a kid, so she, I was really like, this is like, I was mad about her. It was a good 4-5 years that I was crazy over her. And then she finally broke up with me. It was in order to move onto a certain Aditya Roy Kapur.”

Meanwhile, Ranveer Singh is now happily married to Deepika Padukone, and they fell in love on the sets of their first Sanjay Leela Bhansali film Goliyon Ki Rasleela Ram-Leela.

On the work front, Deepika and Ranveer were later seen in two more Bhansali films: Bajirao Mastani and Padmaavat. They are now gearing up for the release of their fourth film together, 83. While Ranveer will be seen in the role of cricketer Kapil Dev in the sports drama, Deepika will be seen as the cricketer’s wife Romi Dev.