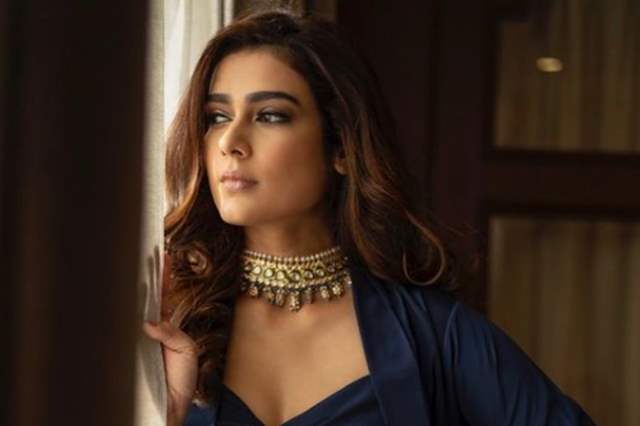 Actor Aakanksha Singh might be best remembered for her role in TV show Na Bole Tum Na Maine Kuch Kaha over the years but it has been one thing that the actor has been fighting to avoid being stereotyped for.

Singh has done two seasons of Na Bole Tum and then Gulmohar Grand but knowing how TV can lead to many getting stereotyped, she chose to take a break from TV for better roles.

Interestingly, ever since then, Singh debuted in Bollywood with Badrinath Ki Dulhania, in Telugu industry with Malli Raava and in Kannada industry with Pailwaan. She even has her Tamil debut set and rolling soon but will also be seen in an important role in Mayday.

In Mayday, she plays the role of Devgn's wife and talking about the same in an interview with Times of India, she said, “We have recently wrapped up the first shooting schedule in Hyderabad and we will start shooting in Mumbai soon. Unfortunately, I fractured my leg and I had to come to my hometown Jaipur to take some rest and also celebrate Makar Sankranti."

Talking about her TV roles, she said, “I have been getting offers for roles on TV, but for now, my focus is films. The reason I decided to take a break from TV shows was because I was getting similar roles. It is said that one gets typecast on TV and it is true. If you get popular after doing a show, you are offered similar roles and I didn’t want to do them. I thought it was better to take a break and wait for some different script, but then films happened. I would always say that TV gave me the opportunity and a platform, but it is difficult to get different roles. I didn’t want to be typecast and therefore I thought of taking a break."

She added how it is probably easier to get roles in films now for actors who worked in TV, "I think earlier, it was very difficult for TV actors to break that image of a popular TV show character as the audience would want to see them in that same space. But now, actors can experiment with different content and the audience appreciates that. So that opens up more opportunities and makes it slightly easier for actors to find different roles on different platforms.”

She concluded saying, “People also ask me if I would like to do reality shows and be part of something like 'Bigg Boss'. At present, I don’t think I can stay locked in one house for months and be a part of the show. But never say never! I might do other TV shows also in the future, but for now I want to stay focused on doing interesting roles in films."