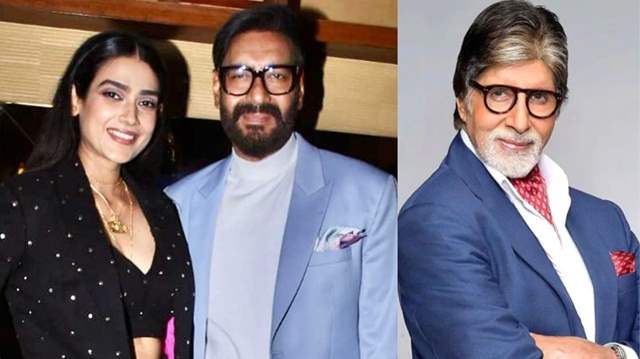 Discussing about her experience filming this movie, actress Aakanksha Singh shared some anecdotes with India Forums and also spoke about sharing screen space with the legendary Amitabh Bachchan.

Talking about being a part of the film which also has Amitabh Bachchan in it, the actress said,

" I feel it is everybody's dream to work with the legend and mera bhi ek aisa sapna tha ki main bade hoke Amitabh Ji ke sath kaam karugi. I used to say this thing to my family. Whenever I used to watch KBC that I need one chance to work with him and now that is coming true. So as they say dream big there is no harm, dreams do come true and now my dream is coming true being worked with him".

During the filming of the movie, Aakanksha injured her leg and was shooting with the injury. When asked how did the cast members help +and supported her during that tim,  Aakanksha expressed,

"it all went very smoothly. Not even once I thought that how I would I go to the sets or how would I shoot. As they say a good team can make you work and gain a comfortable environment even when you are injured.  Also I would like to mention that it was not just Amitabh Bachchan Ji but Ajay Devgn sir has also supported me." She added that "I remember on the 2nd day of my injury, the next day I came to the sets because I had to complete the schedule, Ajay made sure that however I am comfortable I did it. There is a scene where i had to lie down but I couldn't because of the fracture, Ajay said no worries, we will do that once you are fine. So giving that kind of motivation without thinking about how you will finish the shoot on time, that was really kind of him."

She also shared that Amitabh Ji offered to send a buggi for her so she should could travel hassle free to the sets with her injury.

The film Runway 34 will release on 29th of April.

+ 3
2 months ago wow , so humble and supportive both are towards other actors .

BegowAlfeemy0 2 months ago Hi! An interesting topic, it's cool!