'Am I a criminal or a terrorist?' asked an upset Emraan Hashmi Friday. The Bollywood actor alleged he had been denied a house he wanted to buy in the upmarket Pali Hill area of Mumbai because he was Muslim.

The actor, who was not given a no objection certificate (NOC), believes the housing society in Pali Hill was hiding the real reason for its refusal.


'This has political connotations, so they don't want to talk about it openly. Yesterday (Thursday), they told me that I can't 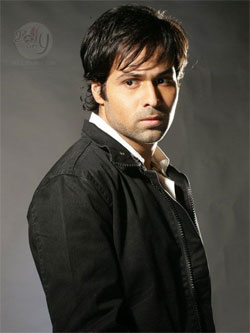 Featured Video
get the NOC. I asked them why aren't you giving me the certificate -- am I a criminal, or a terrorist or have I done anything illegal?' Emraan told reporters here with his uncle and well-known filmmaker Mahesh Bhatt by his side.


'It is strange that they don't tell you on your face that you can't get a house because you are a Muslim. It would have been easier if they would have told me openly. What they told me is that they can't allow me to live there because I am a serial kisser and my presence will have a bad influence on the children staying there.


'Being a celebrity if I'm facing problems in buying a house here, I wonder what kind of problems others would have been facing. All the time we are talking about secularism but with such incidents what secularism are people talking about?' asked the actor.


Emraan said someone suggested to him that he purchase the house in the name of his wife Parveen, who is a Hindu. 'I can do that, but why should I do that?' he asked.


Bhatt said such discrimination was a serious problem plaguing the country.


'Even 62 years after independence, the virus of communalism is alive in an area like Pali Hill, which is known as India's Beverly Hills where stars like Sunil Dutt lived and Dilip Kumar is still living there. It's a serious problem and is the country ready to accept that communalism is still surviving?' he said.


'There are also certain societies in the area that do not give NOCs to non-Hindus,' he said.


Emraan, who featured in films like 'Murder', 'Gangster - A Love Story', wanted to buy a house in Pali Hill so that he could stay close to his parents, but the actor was refused the NOC by Pali Hill's Nibbana Cooperative Society.


He has filed a complaint with the State Minorities' Commission, demanding action against the society members. The society reportedly has mostly Hindus and a couple of Catholic families.


This is not the first time Hashmi has faced such a problem.


'I faced a similar situation in August 2007, when I was looking for a house in the same area; residents and brokers told me I would not be able to get a house because I was a Muslim. But I later managed to get one,' Emraan told a newspaper Thursday.


Earlier Shabana Azmi and Javed Akhtar had faced problems in getting a house in Juhu and TV actor Aamir Khan filed a litigation after being refused a house in Lokhandwala.