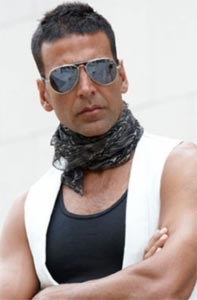 In his upcoming movie Patiala House, Akshay Kumar essays the role of an all-star bowler from London. His character will be seen to play in the World Cup matches. The scenes are expected to be shot at the famous London Oval, and other English cricket fields.

Director Nikhil Advani, hopes, as all others in his league, to make 'reel' come as close to 'real' as possible! He has, in the process, approached Wasim Akram, ex-captain and legend of Pakistani cricket, to train Akshay for the role.

At first, Wasim Akram was reluctant to take up the coaching offer because he is still mourning the sudden demise of his wife, Huma. Ultimately however, he has been convinced to accept the job.

Akshay will start training as soon as his back injury recovers. He is using hydrotherapy to help hasten the recovery.

With the amount of effort that seems to be going in, BollyCurry wishes Advani, Akki, Akram and co the very best for this venture!
Featured Video