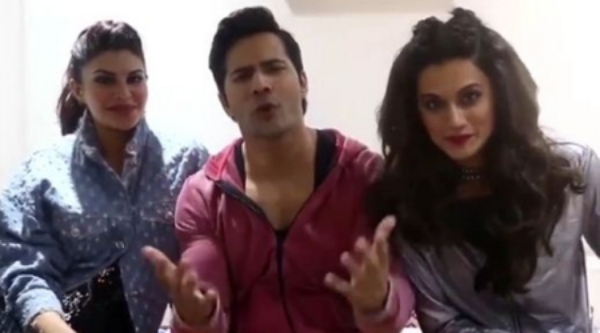 Going for a new promotional activity, actor Varun Dhawan says he is searching for real life twins for the trailer launch of "Judwaa 2".
The actor took to Twitter on Thursday to share the news by posting a video.
The film is a remake of the Salman Khan starrer and features Varun in a double-role along with Jacqueline Fernandes, Taapsee Pannu and Anupam Kher.
In the video, Varun says the team is starting a contest to find real life twins with Jacqueline and Taapsee asking fans and followers to enter the contest.
They said that the winner will get a chance to be part of the trailer launch. Sajid Nadiadwala's "Judwaa 2" is being directed by Varun's father David Dhawan.

Varun, Jacqueline and Taapsee will be fronting the campaign that started on Thursday, marking three months to the film's release on September 29.
"Judwaa 2" is being presented by Fox Star Studios and Nadiadwala Grandson Entertainment.
0 Likes