Contradicting reports in the media have now brought two renowned film-makers at loggerheads, without any valid cause. Director Vinta Nanda is working on a film titled "Magic". Recently, when she read a media report saying that Farhan Akhtar had announced his next film with the same title, she was obviously shocked and furious. More so, because she had registered the title "Magic" at IMPAA almost a year ago. When Farhan heard about Vinta's apprehensions, he clarified that "Magic" was only the working title of his film and that the "actual title" would be announced soon. 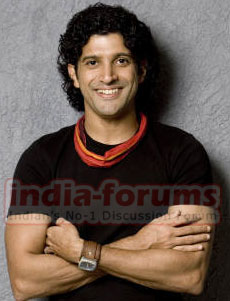 Featured Video
Dale Bhagwagar, publicist and spokesperson of both Vinta and Farhan, has now decided to bring the issue to the notice of the one who wrote the articles. In an open letter to renowned journalist Subhash Jha, Dale has pointed out the discrepancy between Jha's two reports – one dated July 23, 2007, which claims "Magic" is Vinta's film and the other dated October 15, 2007, which says "Magic" is the title of Farhan's movie. Dale has demanded to know of Jha: "Is it a mistake on your part? Is it a matter of convenience for you (about making a living as a journalist by pitting people against each other)? Or is it to cause misunderstandings? Have you deliberately ignored asking the question about the similarity in the title? Isn't a journalist's memory sharp enough to remember these things?"

Hope Jha has a valid excuse ready for the mess-up