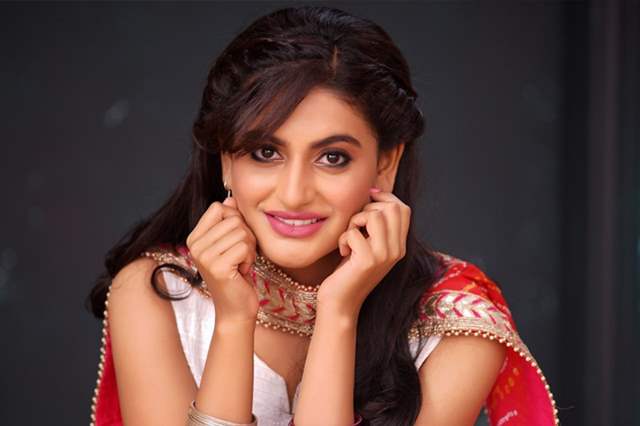 In the tested times of fighting with coronavirus, art is indeed what has managed to keep the sanity of millions intact and especially in a country like India, if art is blended with mythology, there cannot be a better combo. It is no secret how the reruns of Ramayan, Mahabharata and other shows raked in the kind of staggering numbers the did and that speaks volumes about how mythology will never cease to lose its footing in India.

So, one of the loved shows, Jag Jaanani Maa VaishnoDevi, one of the leading shows on Star Bharat apart from RadhaKrishn went through a major change recently where it practiced a leap of 12 years. Only having begun yesterday, the show will now witness the saga of Bharti, played by actor Shaily Priya and how she is helped and blessed by Maa Vaishnodevi (Paridhi Sharma).

In an exclusive interview with us, we first asked her about how the story will indeed move forward with the huge leap now in place, to which she said, "My character is a new entry in the show. When it comes to Bharti, she always knew that Vaishnavi is unaware of her powers and she always wanted to worship her and be her disciple. Now that the leap has happened, the story has shifted to Bharti's angle and her story predominantly. The story has even added a social aspect to itself and everything will be surrounding Bharti's struggles and how she will have Vaishodevi protecting her whenever in need."

Having just mentioned about how mythological shows are big in India, we asked her if turning a full-fledged mythological show into a semi-mytho and semi drama will have the show lose its edge, she answered, "Talking about that, it is true that India is high on watching mythological shows and are deeply connected to the same. But I feel now that Jag Jaanani.. is going the semi-mythological way, it might be more interesting. The full-fledged mtyhos show Gods becoming Gods and not really the connection between a normal human and God themselves. In fact, the new introduction post leap in the show will be having two entirely opposite families, where one is full of atheists and the other, that is Bharti's belief in God immensely. They are not financially viable but they believe in the higher power and are happy. While the family that has atheists are materialistically settled but struggle with inner peace. That's the shift that the show will be showing but of course, what cannot be forgotten is that Vaishnodevi is still entirely a part of the show. This blend of normal life and the divine world might in fact come across as more interesting than previous times."

Well, we indeed wish her all the best for the new character and this new chapter.

review
Review The Confession Review: The film Relieves all the Serial ...
47 seconds ago