Over the years, Bollywood has gone through a number of storylines that involve the 'geek' and the 'hottie' falling in love, or the transformation from the 'geek' to the 'hottie' - and then falling in love. These stories are fun and full of masti, and there are those handful of 'geeky' characters that have stuck with us. So we at BollyCurry decided to round up some of our favourite geeky characters in a list for you!

One would think that the tall and buff hunk would not be able to pull off a stammering, shy and insecure character - but 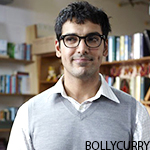 could not be any more wrong! In Abbas Tyrewala's Jhootha Hi Sahi (2010), Abraham portrays Sid, a shy bookstore employee whose girlfriend is a domineering presence in his life. When Sid's phone number is mistakenly printed on a suicide helpline flyer, he begins to get calls from a young woman who he becomes connected to. The confidence Abraham's character has over the phone does not translate into real life, and so the young woman takes time to connect Sid to the 'Fidato' she has been speaking with over the phone. Abraham's performance is quite stellar, and he convincingly portrays someone the world might write off as a geek with a lot of charm.

Most people remember Chopra as the bubbly 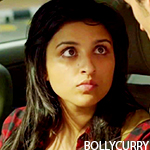 Punjabi kudi who was jilted by Ranveer Singh in Ladies vs Ricky Bahl (2011) or the spunky Zoya from Ishaqzaade (2012), but in Hasee Toh Phasee, she plays a character so different from them that the transformation is stunning. Chopra's Meeta is not just a super intelligent woman, she is a certifiable genius in the 2014 film, whose eccentricities have resulted in a rift between her and her family. Having stolen from her father for her work and run away to China, Meeta comes home after seven years to find that her sister's fiance is the man she had encountered the night she ran away. What follows is one of the best films of the last few years, in this reporter's humble opinion.

While the film itself received mixed reviews and did not perform well at the box office, one cannot say that they did 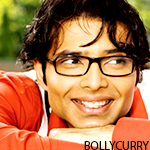 not carry a piece of it home with them in their hearts. Chopra has an ability to convey the hapless 'loser' with a heart of gold, he has proved that time and again with the Dhoom films, but the sincerity of his character in the 2010 film Pyaar Impossible was something else indeed. And everybody loves the story where the geekiest person in school somehow manages to connect with the most attractive one on an emotional level. This clearly delivers on that front, with both the stars and the precocious young Advika Yadav, oozing charisma. 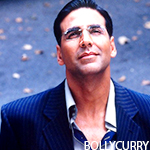 character to date. Playing the 'nerd' in unrequited love with the beautiful Piya (Preity Zinta), he 'grows up' to be a NASA engineer who tries to woo her years later. This 2006 movie is told in flashbacks, and we get to see Kumar in full 'nerd gear', with eye-glasses and braces, and as a more suave looking engineer, but still with the characteristics that qualify him as a 'geeky' character, including a very memorable laugh. He is a parallel lead in this movie alongside Salman Khan, and their chemistry is off the charts as the duo of the 'geek' and the 'cool guy'.

This 2010 film was Dhar's debut and a moderate success at the box office. Dhar plays a studious young woman from 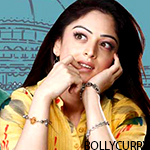 Ajmer, the state-topper who wants to continue studying, but whose conservative father wants to get her married. However, her mother manages to sway him into sending her to Bombay, where she is secretly enrolled in college, and where she meets Vivaan (Akshay Oberoi) at the Dramatics Society. The two become close as they work on an adapted version of William Shakespeare's The Taming Of The Shrew, but are separated when her father finds out the truth and comes to take her away. What follows is the typical drama of a Bollywood film, but shown in a new and fresh manner. Dhar might be the least 'geeky' of the characters in this list, but no less important.

There have been many incarnations of geeky characters over the years. There are the 'loser' geeks, the nerds, the smart but cool characters - countless versions of the same story. These are just five of the many. Which are the characters that you remember most? Leave your comments below!

+ 5
5 years ago Parineeti in Hasee Toh Phasee though

+ 3
5 years ago I so loved Parineet's character in Hasee Toh Phasee! The movie itself was a heartwarming one and so was Meeta.

+ 5
5 years ago Liked all the movies. Hasee Toh Phasee and Jaan e Maan are the best. Parineeti did and awesome job and Akshay! Well we can't comment on him. In each role he is superb. No words.