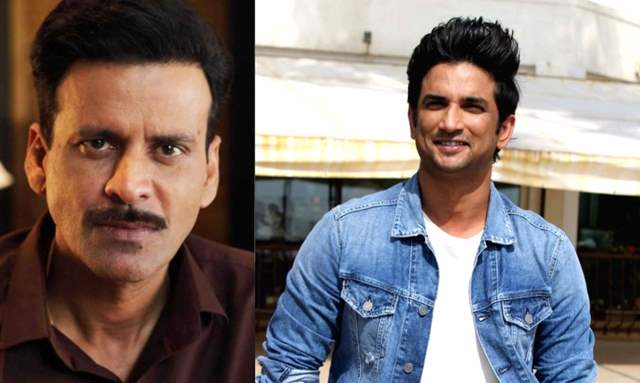 Sushant Singh Rajput's untimely demise on June 14,2020 is a major shock to the entire nation. It has also created a stir in the industry and fans have raised their voices against ‘Nepotism’.

The 34-year-old actor was first seen in Kai Po Che, and he went on to make a mark for himself in the industry. He not only became one of the most talented actors in the industry, but he was also loved by millions for the kind of person he was.

Sushant had received blessings and praise from several Bollywood’s greatest actors and one of them was Sonchiriya co-star Manoj Bajpayee. He acknowledged SSR for breaking away from conventions.

In an old video, Manoj told Bollywood Hungama, “I look at Sushant Singh Rajput who broke away from conventions to be here and make a mark for himself. In our industry tend to be insecure of each other, celebrate each others' failure. It never happened to me. I celebrate my actors' success. It’s not only his success because for me it’s the success of everything he believed in. If Dhoni is succeeding, it’s not only victory for him, its victory for the whole lot of things he’s carrying with himself.”