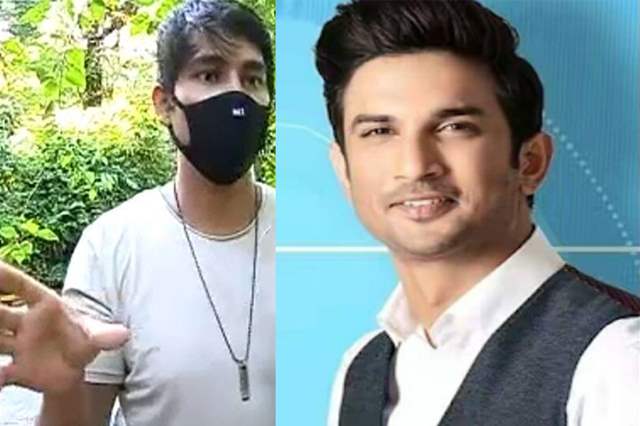 It has been a while since there has been any update on the Sushant Singh Rajput case where the last ordeal was about how the CBI and NCB both are still looking into the now-expanded drug case. And when it comes to Rajput's case, there has already been an array of names tossing up and down where not much was known about many of them. While names like Samuel Miranda, Siddharth Pithani, Dipesh and others are already out in the open, there was one name that was seemingly 'missing' ever since all this happened - and that name was of cook Neeraj. Neeraj was said to be missing since the fateful day of Rajput's passing away but the man has now come forward and opened up on the entire saga where he is also said to CBI's witness.

A report in Times Now suggest that Neeraj has confirmed that drugs were given to Rajput and they were scored by Showik and Miranda.

In an interview with Times Now, Neeraj opened up saying, "The morning it happened, I had given water to Sir (Rajput) and that was the first time and last time I met him. The juice was given by Kesar to Rajput around 9:00 am. It was a daily schedule."

When asked if he was tensed and depressed by Rhea Chakraborty leaving the house, he said, "He wasn't that sad or tensed because of that but he was generally tensed even before it. Before that, his health was also not keeping well but he just a little upset after Rhea Ma'am left. It is true that he wasn't keeping well."

When asked about the rumor that someone came in on 8th June to destroy hardisk, he said, "No. At least in front of us or in our presence, no one came in to do any such thing. The computer in the house was only used by people inside the house and no outsiders."-

He added, "No one came home on 13th June and there also wasn't any party on that day. We did not see anyone."

About the drug fiasco he said, "See, in front of us, we never saw anyone getting it. But yes, Sir did consume marijuana which was got by Miranda and even before we joined, Sir was doing it. Sometimes, Showik got it, sometimes, Miranda got it."

This does act as some revelation in the case. Keep reading this space for further updates.