View Profile
Whilst the soothsayers world over speculate and debate about the fate of this fateful year of all times, 2012 - the prophesied end of our world; lovebirds in tinsel town who have procrastinated matrimonial commitments thus far seem to have realized it's now, or never!

BollyCurry brings you an update of those star couples who have moved past the hesitation to wed, or not to wed, and decided to take the plunge, swearing loyalties by the holy vows for 2012, and whatever lies beyond! 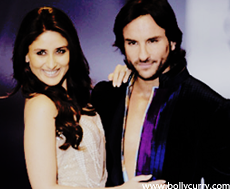 Saif Ali Khan and Kareena Kapoor
The recently crowned Nawab of Pataudi and the legendary Kapoor family's darling Bebo, have made news, time and again, since the time Kareena ditched Shahid to hitch up with Saif. Despite the initial resistance they faced as lovers, it's been a while since the two made it past the question of 'if they will marry' to 'when they will marry'. Well, the time for formal union seems to be here as Saifeena admit to wedding plans post the release of home production, Agent Vinod. 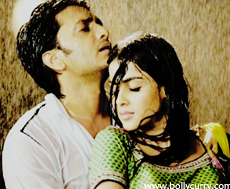 Genelia D'Souza and Riteish Deshmukh
These two have established a mini record of some kind as celebs living in perpetual denial for as long as they have, since 2003 - such an incredible contradiction to their otherwise effervescent personalities. There may have been grudges for all the secrecy, but their discretion has been easily excused with the announcement of their upcoming wedding this February, 2012. 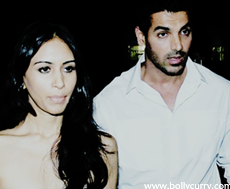 John Abraham and Priya Marwah
2011 was controversy-shy John's year of making headlines. First by splitting up with his long time girlfriend - dusky diva Bipasha Basu -  which came as a rude shock to fans world over. Next by moving on so quickly that if there was a heartbreak period in between, it was easily missed! For shortly after the John-Bips breakup, when media and public waited on Bipasha to make some spectacle (given her history), it was the commitment-phobic John who was seen escorting a brand new lady by his side - investment banker Priya Marwah. And suddenly, a new John Abraham had evolved - one who opens up, shakes a leg or two, and most importantly doesn't avoid interviews or shutterbugs! While a particular date has not been heard off, Priya and John have not been heard denying buzz about a 2012 wedding on cards. 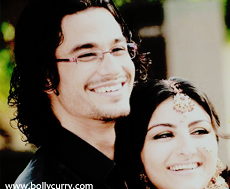 Soha Ali Khan and Kunal Khemu
These two off mainstream actors have been going steady for a while. Although their plans until last year had mainly been about moving in together in a live-in arrangement, Sr. Nawab Pataudi's sad demise has left his wife and veteran actress Sharmila Tagore insecure about her children's settlement. With Saifeena all set to tie the knot, her focus has moved onto her daughter; a recent break in at Soha's place where Kunal only just saved the day having raised further concerns. The Pataudi house is hence likely to witness not one, but two weddings, if mommy Sharmila can have her way! In the meantime, Soha, despite all her work schedules, is heard to be working on her culinary skills to match up beau Kunal's foodie reputation! 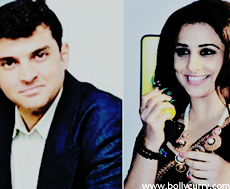 Vidya Balan and Siddharth Roy Kapoor
At top of her career since its launch in 2005, what with a string of consecutive hits to her credit, The Dirty Picture being the most recent, Vidya Balan is not lagging far behind seeking happiness in personal life. Her romantic alliance with her very own SRK - director Siddharth Roy Kapoor - is no secret, and Vidya, ever the celeb with a difference, has denied nothing of the claims. When asked about marriage, she accepts it's on cards, but ambiguously dismisses 'when' by stating she has all the time to get there. Can 2012 mark the return of Parineeta, for real this time?! 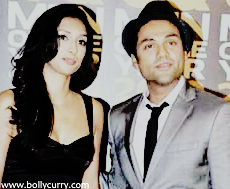 Abhay Deol and Preeti Desai
After dating for some years, this picture perfect duo of the Deol who chooses to be different and the prim and proper former Miss Britain, got formerly engaged in a quiet family affair last summer. Apart from being an appealing sight in a single frame, the two are heard to be equally enthusiastic travelers and career oriented individuals. Preeti, who debuted with Shor In The City last year, may not have been an instant blockbuster face, but like Deol, has been recognized by critics in her maiden work itself. With several likes, and a rave chemistry insiders vouch by, these two have shown inclination to move on from their current 'unofficial' live-in status to a formal wedlock in 2012!
And that's on the to-be-wed platter for now. If speculations hold as much credibility as we expect, 2012 'heading for doom or not' shall be witness to some grand matrimonial affairs all over tinsel town!

Whilst we extend our warmest wishes to the couples in making, you be sure to stay tuned with us for highlights and more!