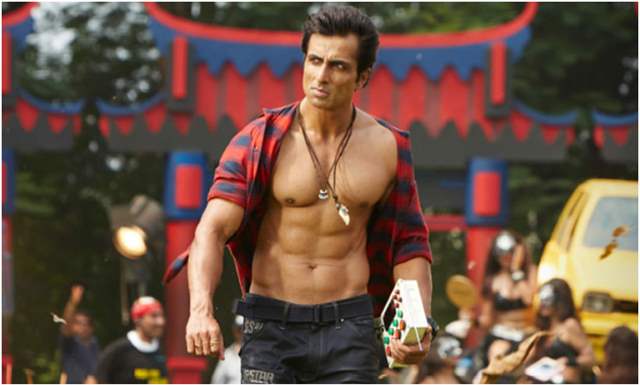 Sonu Sood is one of the best actors Bollywood has seen. He is known for his villainous characters on the big screen and many droll over his hot looks and lean physique. The Dabangg actor recently shared his story and mentioned how he bagged the first film in Tamil career.

During a recent interaction with Neha Dhupia on her show No Filter with Neha, Sonu shared that he had been giving auditions for a long, believing he was doing a brilliant job, but clearly it wasn’t the same for filmmakers as he did not get any project.

Sharing how he bagged the first film Sonu revealed that all he was asked to do was to take his shirt off.

Sood talked about his journey in Tollywood and said that his mom gifted a book ‘How to learn Tamil’ and he tried to mug up Tamil words for ‘water’, ‘come here’, while on the way. Reaching the studio, Sonu was asked to sit alone and he mentioned imagining his life which was all set to change.

He also spoke about the incident when the director and producer asked him to take off his T-shirt.

Sonu shared, “They said ‘very good Sonu, you have a good body, can you take out your tshirt and show us?’ I was like, fine and I did. They said ‘good, you are doing our movie’. I was like ‘Did I get the movie?’ and they said, ‘yes, you got it’. I still remember, it was raining in Chennai that day and that was one day I can never forget.”

For the unversed, Sonu appeared in the Tamil movie Kallazhagar in 1999 and was perhaps talked about the same.

Apart from that, Sonu Sood won a Million hearts with his efforts to help the working class of the nation. The actor made it to the headlines for helping the migrant workers reach home.