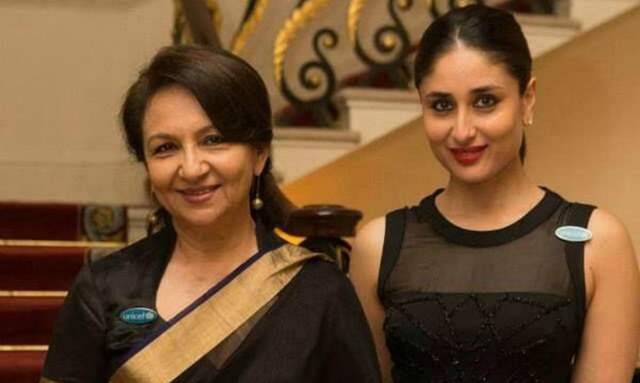 Kareena Kapoor Khan and Saif Ali Khan recently welcomed their second child and the Nawabs are happy about the young one’s presence. While the couple’s second son is often showered with love as their family and friends regularly visit them.

However, the Jab We Met actress recently revealed that grandma Sharmila Tagore is yet to meet her, and Saif’s second son.

Kareena Kapoor Khan recorded a message for her mother-in-law who appeared in a recent interview with Sharmila Tagore and shared that the world knows about the legendary star from old times but she knows her as her 'mother-in-law.

"I always get nervous when people ask me to talk about you. When it comes to talking about such an icon, such a legend, what is there that I can say, The whole world knows that my mother-in-law, who I'm lucky to call my mother-in-law, is one of the most elegant, one of the most graceful women to have walked the earth. I'm lucky enough to know deeper than that which is that, she's warm, loving, she's caring. Someone who is always there not just for her children but also for her grandchildren and also for her daughter-in-law. Somebody who has always been so inclusive of me, who made me feel part of this family,” Kareena Kapoor Khan said in a video message recorded for her mother-in-law.

Veteran actress Sharmila Tagore holds a close bond with her grandchildren. But, due to the pandemic, Kareena revealed that Tagore has not been able to meet Saif and her newborn. Highlighting the respect and regards she holds for her mother-in-law, Kareena said, everyone has been waiting to come together as a family and spend some time with the veteran actress.

I have deep, deep respect and regard for you and I think the fact that this whole year has gone by where we've not been able to spend as much time as we did before the pandemic. You've not been able to see the little one, the new addition to the family. But we're waiting to actually come together as a family, spend some time with you.

A few weeks ago, Randhir Kapoor reportedly shared a photo of Kareena and Saif's little one on social media. However, he immediately deleted it. But, the picture went viral and fans have been waiting for more pictures.