View Profile
The gorgeous and sexy Sameera Reddy faces acid-test this March, as she awaits the results of two of her films, that would hit the screens back 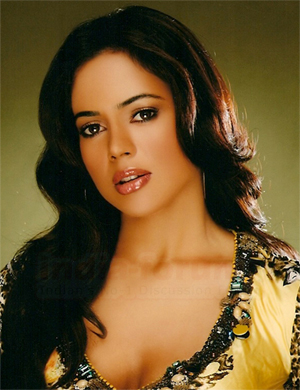 Featured Video
to back..

The much-hyped Abbas-Mustan film RACE takes to the theatres on March 21st, in which the tall and lanky actress plays Anil Kapoor's secretary, a girl with beauty and brains.

The second film of Sameera that awaits release is a laugh riot, One Two Three, where she is paired opposite Suneil Shetty. Directed by debutant Ashwani Dheer, the film is basically centered on Shetty, Tusshar Kapoor and Paresh Rawal though the girls are also supposed to be playing a supporting role to each of these three men.

Call it ironical, but these films come after nearly one and half years after the release of her last film, Naksha where she was paired opposite Vivek Oberoi. Talking of this, the actress was seen in a very brief role in Fool N Final, but it is surely not worth a mention as she has nothing to do in the film's narrative.

As Sameera gets ready for the release of her two films, the actress is now working on Sujoy Ghosh's next, Alladin and the Mystery of the Lamp.