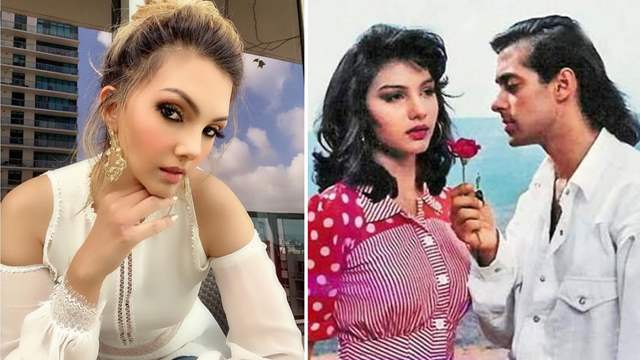 Yes you heard that right! Somy was only 16 years old when she saw Salman Khan for the first time in the film Maine Pyar Kiya and convinced her mother so that she could come to India to marry the actor. She worked her way into it, did a few modelling assignments and a couple of movies until the time she finally met Khan.

Somy was 17 years old when she met Salman Khan and the duo eventually got into a relationship. They dated each other for eight long years until they parted ways in 1999.

In a recent interview, Somy reveals the reason behind their breakup and why she went missing from the industry. Somy claims that Salman Khan cheated on her and that is the reason she broke up with him.

Somy also adds that they have moved on in their lives, however, she has not spoken to Khan in five years.

On the work front, Somy had featured in 10 Hindi films: ‘Anth’, ‘Yaar Gaddar’, ‘Andolan’ to name a few. She later quit the showbiz after her breakup. Explaining the reason behind the same, she shares,

I never went there (India) initially to be a part of Bollywood. Once I broke up with my ex, there was nothing keeping me there.

When asked if she would like to make a comeback in the Bollywood industry, Somy blatantly denies and states that she had no interest back then and nor does she have any now. She also called herself a ‘complete misfit.’

Currently, Somy Ali runs a non-profit organization named 'No More Tears' in Miami to rescue rape victims and children who are sexually abused.

1 months ago Why is she talking about a break up that happened 20 years ago? Now? Just because Salman Sir is a superstar so just his name to get fame....so sad...i don't even know who she is...never saw any of her movies