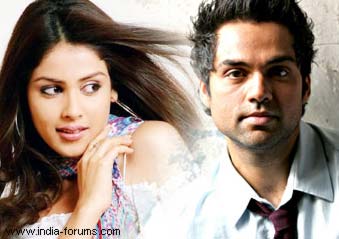 'Rock The Shaadi' could have been the first zombie film in Hindi to hit the screens, but its lead actress Genelia D'Souza's wedding plans have pushed the film forward, leaving the fright field clear for the competitor 'Go, Goa Gone' to romp to finish-line first.

Kushal says, 'We wanted to be the first zombie film. And we're still trying. But yes, our schedule has been postponed. And I am starting another film in January, which I had earlier said no to because of the long 'Shaadi' schedule.'

'Rock The Shaadi' co-producer Jain feels the competition from the other zombie films would have no impact on their film.

'Historically in Hollywood, among new genre films, subsequent films have benefited, due to more audience acceptability. Both our film and 'Go Goa Gone' have great directors, so the audience will want more, once they see the films. I personally think, the third zombie film featuring Luke Kenny will reap the best bounty,' said Jain.

Apparently after hearing of the postponement of the long schedule of 'Rock The Shaadi' from January to the end of the March, director duo Raj Nidimoru and Krishna DK rushed for another long spell of shooting for their zombie film 'Go Goa Gone' in Goa, thereby bringing the film's entire shooting to near-completion.

Kunal confirms the unit has just returned from shooting in Goa and that they've nearly completed the film.

'We've just about 10 days of shooting left. I don't know about the progress on the other film. But we're almost done and will be releasing soon,' he said and also clarified that he is not in the cast of the movie because of his relationship with Soha.

'My doing this had nothing to do with Saif or Soha. I've worked with the co-directors Raj and Krishna before in '99' and thoroughly enjoyed myself. Coincidentally, that film had Soha opposite me. But we met much before '99', during a film called 'Dhoondte Reh Jaoge'.'

As for 'Rock The Shaadi', the release date will now be decided after the next postponed schedule in March-end. Geneila will reportedly tie the knot with co-star Riteish Deshmukh Feb 4.