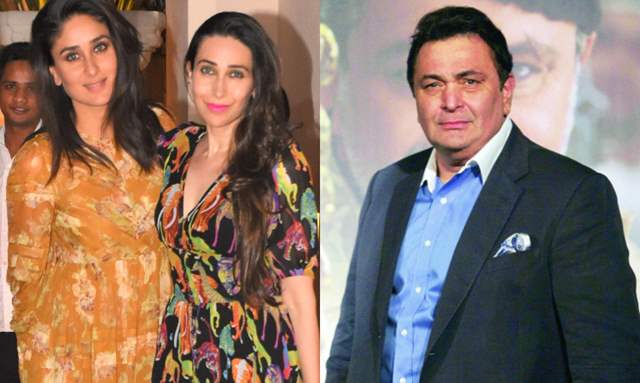 Rishi Kapoor’s untimely death was a shock to the entire nation as he has finally started on his journey to heavenly adobe. Loved ones, friends, family, and fans are already mourning the death of the beloved artist/Chintuji.

At the age of 67, the veteran actor left for heavenly abode. For the last few days, the actor had been unwell, following which he was admitted to Sir H. N. Reliance Foundation Hospital in Mumbai and last night he was shifted to the Intensive Care Unit (ICU).

Kareena posted a throwback picture of Rishi Kapoor with her father Randhir Kapoor. "The best boys I know... Papa and Chintu uncle," she wrote.

Karisma also posted an endearing picture from her childhood. The picture features Raj Kapoor setting his granddaughter Karisma's hair and Rishi Kapoor can be seen looking over them from a distance.

"Always looking over the family. Chintu uncle will miss discussing food and restaurants with you," Karisma wrote in her post.

If we are to go by the reports Rishi will be cremated in Chandanwadi Crematorium, Marine Lines. Rishi was diagnosed with cancer in 2018 and underwent treatment in New York for a year. He returned to India in September last year. Rishi Kapoor was taken to the HN Reliance hospital on Wednesday morning.