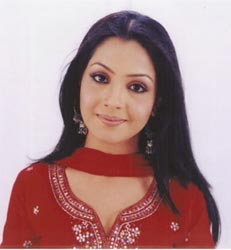 Ekta Kapoor’s Kasturi will witness the entry of Riddhi Nayak in the coming episodes!!

The actress Riddhi was earlier seen playing the role of Purva in Zee’s Kasamh Se. According to our well-placed source, “The character played by Riddhi will accidentally meet Robbie aka Karan Patel and due to certain reasons, she will be staying at Robbie’s house”.

The buzz doing rounds as of now is that the new girl might turn out to be the real Kasturi, and that Shubhangi Atre might leave the show.

When asked Riddhi about her entry and future track, the actress remained tight lipped as she says, “I will not want to comment on anything right now”.

However, when we buzzed Shubhangi, she told us that, “According to the info given to me, this new entry will be a parallel lead in the show”. When asked whether she will continue, she averred, “Yes, I surely plan to continue. But I really do not know what the creatives have planned. So you better ask them!!”.

Well, let’s wait and find out what exactly happens in Kasturi’s life!! 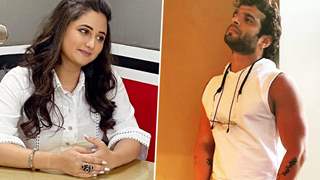 13 years ago hp she stys! shes a realy good actress!!

13 years ago please ekta don't give you break our shubangi...she is so sweet and nice......please don't chance anything between robbie and kasturi...

13 years ago It just wont do changing the face of Robbie's love interest- Kasturi. The whole charm of the serial is the obssesive love of Robbie and the brilliant way he has convinced the audience- changing Kasturi is going to rob the serial of its credibility.

+ 3
13 years ago pls ekta dont do this to us - ur viewers.
u can bring new face but not as the main leads.
if ridhi is real kasturi den it will be first time in the small screen history the main lead is cuming after a year of the show's begining.lo.
my mind says that shubbangi is realkasturi n ridhi is the reel kasturi.

13 years ago Cant believe this! If Karan (who is no doubt the top attraction here) cant get on with Shubhangi - they can change the face ie the actress but not Kasturi as the love interest. Faces keep changing but surely not the lead characters like this.

13 years ago Someone bang Karen and Shub head together...we don't want some new gal...regrdless who she is. We been enduring such stupid tracks in the hope RoKa will be together and what do we get Riddima??? MAN THIS SUCKS!!! When has Ekta listened to her viewers?? she shows us what she thinks we want rather than what we want! No kasturi without shub and No RoKa without the original RoKa