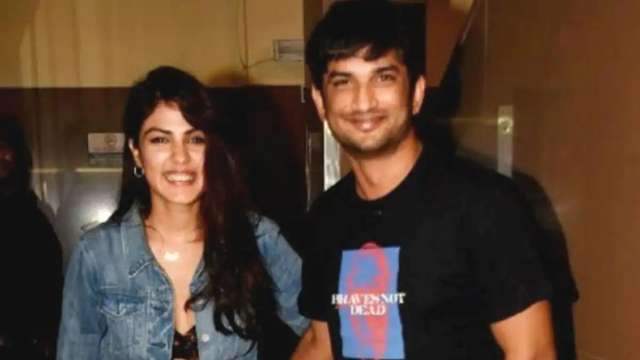 In the latest breakthrough in actor Sushant Singh Rajput's death case, Mumbai BJP Secretary Vivekanand Gupta has made some sensational revelations. His claims can turn the case upside down.

Speaking to Republic TV, Vivekanand Gupta claimed that Rhea Chakraborty met Sushant Singh Rajput on June 13 2020, a day before his death on June 14 2020. This contradicts Rhea's claims as she had revealed in her statement that she left Sushant's house on June 8 2020 and did not meet him after that.

The BJP leader states that he has information about Sushant and Rhea's alleged meeting on June 13 and further claims that some eye witnesses told him that they saw the duo together on June 13 at around 3 am.

Republic TV quoted him as saying;

"On the 13th night, there was a birthday of a big politician and another politician has also tweeted about how there can be a party in the lockdown. It means the minister knows there was a party and he knows who all were present. This incident happened on the night of 13th and 14th. Eyewitness have told me that around 2 am to 3 am, Sushant went to drop Rhea till her home. So saying that she left on June 8 is not correct. On the 14th morning, he was murdered and then hanged."

The BJP leader states that he is ready to get in touch with the Central Bureau of Investigation probing Sushant's case. He adds that he has already tweeted about everything.

"Whenever the CBI will call me, I will go and also give the identity of the witness to the CBI. I won't give any information to Mumbai Police," he said.

'This is a true Breaking News in all sense, a game changer! A witness who can confirm that Bhai met Rhea on 13th night! What exactly conspired on 13th night, that Bhai was found dead the next morning?"

Meanwhile, the Central Bureau of Investigation has widened it's probe and leaving no stone unturned in investigating the case. Sushant's friend and flatmate Sidharth Pithani will record his statement with the CBI under section 164, and is likely to turn witness for the central agency.

rashmi_here 25 days ago WHAT WOULD U TALK ABOUT IF YOU WERE GIVEN A MASK ? IF NO ONE WOULD EVER KNOW IT'S YOU ? WHAT DEEP SECRETS WOULD YOU SHARE ? EXCITED? screams.in PROVIDES YOU THE FREEDOM TO BE YOURSELF, TO EXPRESS YOURSELF EXPLORE THE MYSTERIOUS SIDE OF EVERYONE ON SCREAMS NOW