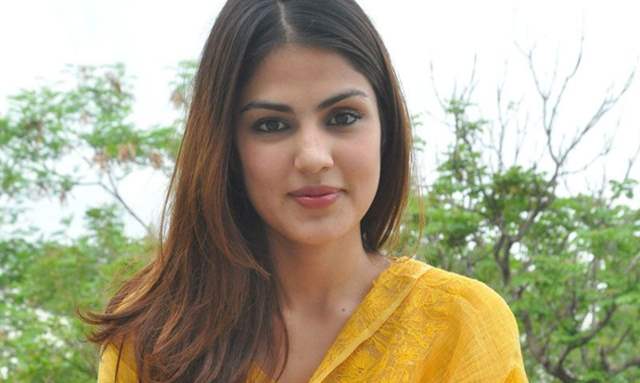 Sushant Singh Rajput’s investigation saw an unprecedented turn after Bombay High Court granted bail to the actor’s girlfriend Rhea Chakraborty. The actress has received a lifeline from the court and she has decided to hit back at all the allegations hurled at her.

Rhea Chakraborty has reportedly filed a complaint against her neighbour Dimple Thawani with the Superintendent of Police through her legal counsel Adv. Satish Maneshinde.

For the unversed, Dimple Thawani was the one who claimed to have seen the actress with Sushant Singh Rajput on June 13. Rhea's mother Sandhya Chakraborty in her conversation with Times of India, talked about the family's suffering and reacted to the neighbour's claims.

Recently, Times of India reported that In her complaint, Rhea said that Thawani made “patently false and bogus allegations against me, knowing them to be false, to mislead the investigation.”

The actress further mentioned that Dimple’s allegations of Sushant dropping her off at her residence on the 13th of June (the night before his untimely demise) are “utterly false.”

Currently, the case is being probed by the Central Bureau of Investigation (CBI) and the agency recorded Thawani’s statement on Sunday. The Times of India report quoted a source who revealed that she said she never saw Rajput and Rhea together on June 13, but had heard someone saying this.

Rhea's lawyer Satish Maneshinde requested the CBI to take legal proceedings against 'those who mislead the investigation' after he claimed that Thawani had lied to the electronic media.

Maneshine in his statement said that "We will start going after people who defamed and tried to destroy her (Rhea) life...for a 2-minute glory on electronic media carrying fake news. One such person was Dimple who claims she is an SSR fan, and believes she is his soulmate due to a past life connection. She claims that someone told her that SSR dropped Rhea home on the 13th."

Earlier, Satish Maneshinde, in his interaction with NDTV, talked about Rhea’s judicial custody and said that the actress fought the situation like a battle and is ready to carry forward the fight. He also stated that justice has prevailed.

Also Read: 'Rhea used to conduct yoga classes for herself and her jail inmates': Lawyer Satish Maneshinde opens up about Rhea's battle in Jail