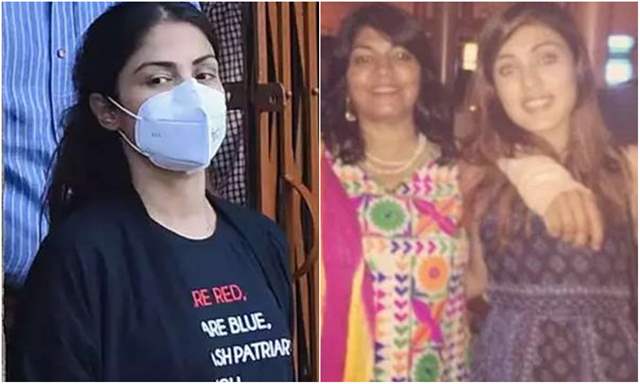 Rhea Chakraborty was arrested by the NCB under various sections of the NDPS (Narcotic Drugs and Psychotropic Substances) Act including possession, purchase and transporting, financing illicit traffic and more. After a month of staying in the Byculla jail, she was granted bail by the High Court on Wednesday and was released from judicial custody. While Rhea left the jail and returned back to her house, her brother Showik Chakraborty continues to remain in jail as his bail was rejected.

Rhea's mother Sandhya Chakraborty in a conversation with Times of India talked about the family's suffering and reacted,  “What she has gone through… how will she heal from this? But she is a fighter and she must be strong."

She also added that she will have to put Rhea on therapy to recover from the trauma and stated that while Rhea's bail has brought a sigh of relief, the family is worried about Showik, who is still behind bars.

Rhea's mother also reacted to the neighbour claims that she was informed by an eyewitness about Sushant and Rhea’s meeting on June 13 2020,a day before the actor’s untimely demise.

Sandhya Chakraborty refuted the reports as baseless and told TOI:  “We know this neighbour. She was a huge fan of Sushant’s who came over to our place to meet him once. Why she’d say something like this without proof is beyond me. One just has to look at Sushant or Rhea’s cellular location to know this whole thing is just another lie."

Previously, Rhea’s Primrose neighbour had informed Republic TV that an eyewitness, who does not want to reveal his/her identity had seen the couple together on the evening of June 13th when "Sushant dropped her (Rhea) off around 6-6:30 pm." and "Sushant was driving alone and there was no driver." The neighbour also mentions that this crucial information has been passed on to the CBI, who is currently probing Sushant Singh Rajput’s death case.