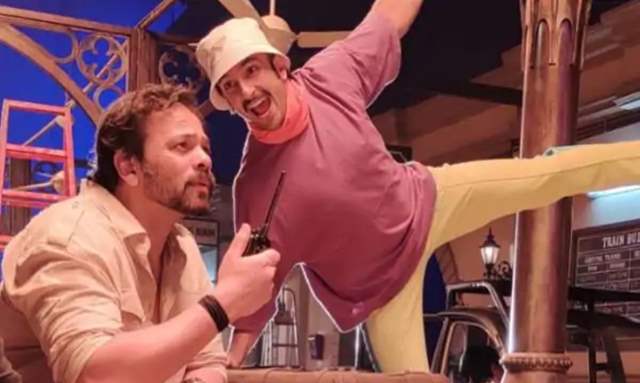 Ranveer Singh made his big Bollywood debut in 2010 with the film Band Baaja Baaraat, and there was no looking back for him. He has emerged as one of the most sought after actors and delivered back to back hits with films like Ram Leela, Gunday, Bajirao Mastani and more. His 2019 film Gully Boy smashed all records and was also selected as the Indian entry for the Best International Feature Film at the 92nd Academy Awards, making him one of the most bankable actors of today's time.

Next up, Ranveer has an extensive line of work and will be collaborating with some of the best directors in the business like Kabir Khan, Rohit Shetty to name a few. Singh and Rohit Shetty will reunite after their successful stint in Simmba for the film titled Cirkus.

Cirkus is the adaptation of William Shakespeare's play, The Comedy Of Errors, and stars Ranveer Singh, Pooja Hegde, Jacqueline Fernandez and Varun Sharma in key roles. Latest reports suggest that Ranveer has hiked his fees and will be charging a whopping amount for the film.

As per a report in Bollywood Hungama, Ranveer Singh is charging Rs 50 crore for Rohit Shetty’s Cirkus.  “Ranveer Singh has become one of the most bankable names in today’s time and his market value is on the rise with every passing film. For Cirkus, he has charged an acting fee of Rs. 50 crores and he is expected to hike his fees with the success of every passing film” said a trade source.

The report also adds that the shooting of the film is going on in full force and is being scheduled for winter 2021 release.

In other news, Ranveer is awaiting the release of his sports drama film ‘83. Directed by Kabir Khan, the film showcases the journey of Indian cricket team's heroic win in the 1983 World Cup and stars Ranveer Singh as Kapil Dev, Deepika Padukone as Romi Dev, Saqib Saleem as Mohinder Amarnath, Tahir Raj Bhasin as Sunil Gavaskar and others in key roles.