"The Character Of Vroom Has Made My Performance More Genuine" ~Sohil 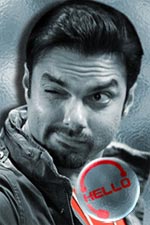 Featured Video
"HELLO’ based on Chetan Bhagat's novel ‘One Night at Call Centre’ hits theatres later this year under the direction of Atul Agnhiotri.

Bollywood star Salman Khan and sizzling Katrina Kaif have a special appearance in the film while younger brother Sohail Khan will be seen in the lead role of Vroom Malhotra. Speaking about the role of 'Vroom' Sohail says, “It is good playing a character like Vroom as the lines and the script are so beautiful. I feel good as an actor as the character of Vroom has made my performance more genuine.” In fact, when we quiz Sohail about himself as an actor he says that he says he considers himself as a spontaneous actor for all the roles he portrays on the Big Screen.

Besides Sohail, brother Arbaaz Khan, Sharman Joshi, Sharat Saxena, Isha Koppikar, Gul Panag, Dilip Tahil and the hilarious Suresh Menon will be seen in this multi-starer film based on call centers. The film was shot across the world in prime locations like Mauritius, United States and India.

The film takes the viewer on a journey through the dreams of the individuals working in a call center. As narrated by the protagonist, Shyam it is a story of lost love, ambition failures, absence of family affection, tensions of patriarchal set-up and work environment of a globalized office.

Shyam is at the 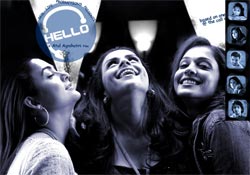 verge of losing his love because his career at the call-center is taking him nowhere. Priyanka, Shyam's ex-girlfriend and love, is also an employee at the call centre who is about to make her way to marrying an NRI techno Greek. There is an aspiring model Esha, who is expecting for a break that always seems to be escaping her. Vroom, is a man from town, who is into well things and Radhika is a housewife who is constantly receiving end of her mother-in-law and a harassing grandfather. Military uncle , who has been forbidden to interact with his grand child make up the rest of the employees at call center who see their world fragmenting around them as the decision of right sizing is conveyed by, Bakshi-the boss. And the story is about these individuals who for different reasons are at the call center trying to accomplish their dreams.

And then comes the night when all their dreams may get crumbled! There comes a call from God narrated as tale within a tale as a beautiful woman meets the narrator and promises him a story on a condition that he has to narrate it further.

An interest starcast playing even more interesting roles in a unique and gripping tale once presented to us in the literary format by the ace author Chetan Bhagat. Will the film live upto the book? Are you as audiences looking forward to the movie? Does the star cast fit the characters you had once read about? Share with us....