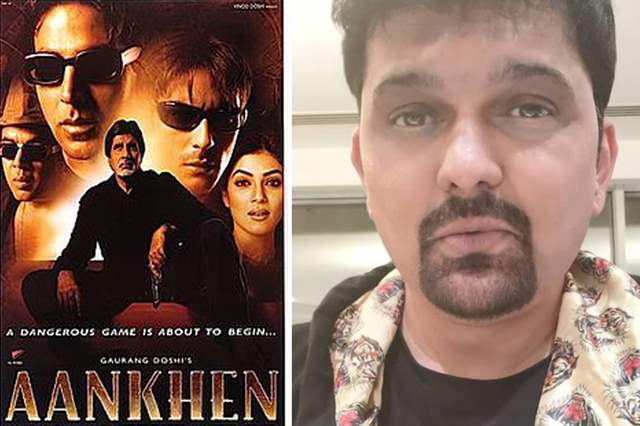 Only a few hours ago, an old fire was ignited where it was reported that Amitabh Bachchan and Sidharth Malhotra will be teaming up for the sequel, Aankhen 2. As one would remember, Aankhen was a blockbuster hit back in 2002 starring Bachchan, Akshay Kumar, Arjun Rampal, Paresh Rawal and Sushmita Sen which was further an adaptation of a Gujarati play, All The Best.

However, putting multiple rumors to rest, producer Gaurang Doshi (of the original) has confirmed that he has not sold the rights to anyone and doesn’t plan on it either. Talking to SpotboyE, he said, “No way! No power on earth can make me part with the rights for the remake. I am sending you legal  proof of the fact that the rights for Aankhen are only with me. I would like to know from where this news of buying me off is coming? Obviously, from the people who are interested in doing the sequel. I want to state once and for all, that the right to do the sequel to Aankhen is mine. Only I will do the needful.”

A couple of years ago, there were constant updates on how the sequel is witnessing multiple developments and apparently, then-finalised director Anees Bazmee said that Doshi is sadly no longer a part of Aankhen 2 and the sequel will be co-produced jointly by Rajtaru and Eros International.

However, for now it seems, the sequel is not happening till Doshi plans on it.

+ 2
1 months ago OMG I remember that movie, it was so original and beyond it's time.