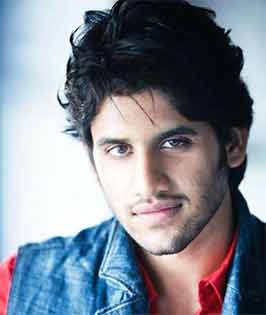 Actor Akkineni Naga Chaitanya, who is gearing up for the release of forthcoming Telugu romantic-comedy "Oka Laila Kosam", says the pressure derived from success and failure keeps him going in his career.

"I feel that irrespective of a hit or flop, there's always pressure on an actor. When you give a flop, there's a pressure to ensure that the next film works, and when you give a hit, you want to keep it going. So, the pressure of success and failure is always there and that's what keeps me going," Chaitanya told IANS.

"Without that pressure, I feel there's no extra spark to motivate someone," he added.

Vijay Kumar Konda-directed "Oka Laila Kosam" will be like "100% Love", said Chaitanya, and added: "But it differs in characterization. The whole approach towards the love story is very different from what I've done (before). It also has a shade of action too."

"There's absolutely no doubt that I enjoy doing romantic films more and they've worked for me too. But I love doing action as well. I've consciously taken efforts to make my action scripts work, but it's still taking time," he said.

Trying to dabble between commercial and non-formulaic films, Chaitanya is very particular about the "entertainment angle" in his films.

"I'm not very particular about the commercial angle in my films but entertainment is very important. No matter what kind of film audiences pay money to watch, they definitely expect to be entertained. They want to forget the outside world and have a good laugh while watching a movie," Chaitanya said.

"I'm also very particular about how much audiences get convinced by the plot of my film. There should be some level of believability in it," he added.

Chaitanya also says that he didn't get drawn to working with Vijay in "Oka Laila Kosam" due to the box-office success of the latter's last film "Gunde Jaari Gallanthayyinde".

"Since I'm very young and just a few films old, I usually prefer to work with a director who has at least done one film before. It doesn't have to be a hit or flop. This allows me to see the working style of the director, how he handles his characters and accordingly work with him," he said.

"The success of a director would only be an added bonus," he added.

Yash becomes the hot topic in town; Brands going crazy to rope the ...