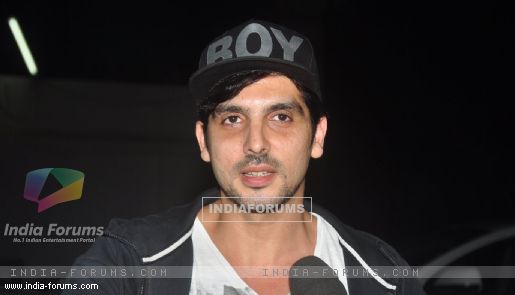 Suzanne Khan's divorce from Hrithik Roshan has not affected the equation with between the superstar and the former's brother, actor Zayed Khan.

Zayed, who will soon be seen on the big screen with "Sharafat Gayi Tel Lene", says he continues to share a great equation with Hrithik.

"People can't change the equation between me and Hrithik. We ate friends since childhood and we have immense respect for each other," he said.

Hrithik and Sussanne ended their end their 17-year-old relationship via an official statement Dec 13, 2013. Both dated for four years before finally tying the knot Dec 20, 2000. They were divorced Nov 1, 2014.

Meanwhile, Zayed is currently busy promoting "Sharafat Gayi Tel Lene", directed by Gurmmeet Singh, and says he would like to don the director's hat someday as well.

"Direction is something which is certainly in my mind. I will direct a film in future, but for now I want to focus on acting," he added.