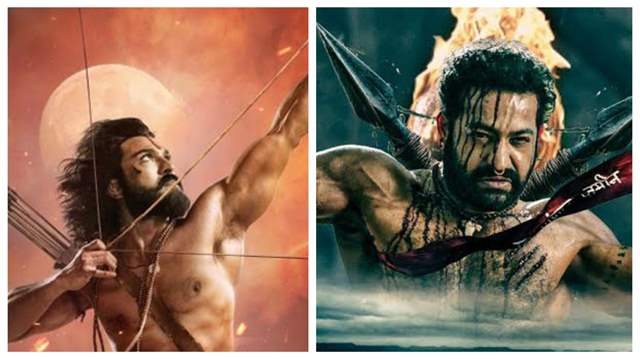 Much-awaited magnum-opus 'RRR' is all set to hit the theatres this year, on 13th October all across the nation. Before the release, the North India theatrical rights, electronic, satellite and digital rights of 'RRR' have been sold to the leading Bollywood studio Pen India Ltd.

RRR is being touted as one of the biggest film of 2021 as this is SS Rajamouli’s next after the grand 'Baahubali' series. The fictionalised tale will showcase Ram Charan and Jr. NTR in the iconic roles of Alluri Sitarama Raju and Komaram Bheem respectively, showcasing the journey of before they became legend.

The film's recent announcements and poster looks have received weaves of love and appreciation from the audience. It is counted as one of the most awaited films of the year, which will bring up the Indian cinema back to its feet, after the pandemic hit.

Talking about the collaboration D.V.V. Danayya shared, "It's a pleasure to associate with Pen India Ltd. in our vision to take this film to the audience nationally. We are confident that the film will break all barriers of language and region. This will be entertainment at its pinnacle."

Dr. Jayantilal Gada, Chairmain & M.D. of Pen Studios added "I would like to thank S.S.Rajamouli ji, D.V.V.V. Danayya ji, S.S. Karthikeya ji and the entire team for placing immense trust and faith in us and choosing us to partner with this dream project."

Expressing his happiness, Director SS Rajamouli shares, "I am happy to have Jayantilal Gada and Pen India Ltd. associate with us to take the film to the North Indian audience."

Boasting of an ensemble cast, of Ram Charan and NTR Jr in the leading roles along with Ajay Devgn, Alia Bhatt, 'RRR' is helmed by the legendary SS Rajamouli. The film will also mark the director's follow-up after the 'Baahubali' series.

Ever since the announcement of the Pan-India film 'RRR', the audience has been waiting with a baited breath to witness the cinematic magic of the movie to unfold.