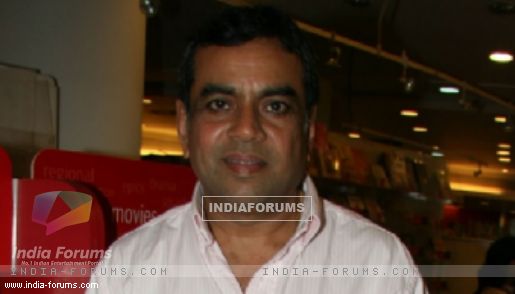 Paresh Rawal, a self-made actor, wants his sons to learn the ropes and find a place for themselves in filmdom. He has no plans to launch them.

His eldest son is being mentored by Naseeruddin Shah, said Paresh and added: "My second son is into screenplay... he is into writing."

"I never had any launching pad. I can give them advice, but if you think I will invest Rs.10 to Rs.15 crore and launch my kids, then I will not do that. Besides I don't even have that much money," he said.

"Let them struggle and find their own way," added the actor who entered filmdom in the early 1980s and found a foothold after his hair-raising performance as a ruthless smuggler in "Naam".

In his over three-decade career, he has played all kind of roles - from villainous to character to comedy.

One of his recent noteworthy performances was in "Special 26". He also impressed in "OMG! Oh My God".

Paresh's next is "Raja Natwarlal", coming out Friday, and he said: "It's a believable film and we have worked a lot on the script. I have worked with Emraan earlier and he is an underrated actor. He is extremely hardworking."