Anita Hassanandani has come a long way from being a model to debuting in Balaji production "Kabhi Sautan, Kabhi Saheli", to featuring in films like "Krishna Cottage" and "Koi Aap Sa". Now she is all set to enter "Kyunki Saas Bhi Kabhi Bahu Thi". Anita speaks about her onscreen experience so far.

Q: You will be entering "Kyunki" soon, how did you get this offer?
A: They called me up and I too was interested in the offer since I had not been working for a long time. I knew that I am not doing a lead, which would have required me to work around the clock for 25-28 days a month. That was another reason why I accepted the cameo role.

Q: What's your role in the serial? 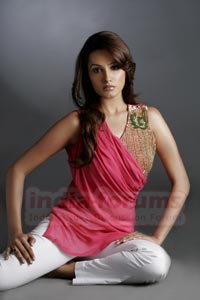 A: As I said, I am doing a cameo. I play Nakul's love interest, a very simple character who changes his life. I have a regular part which will last at least two to three months.

Q: What made you shift from modeling to acting in serials?
A: One has to move ahead and keep experimenting. I was interested in acting so I started giving auditions.

Q: What's your role in Sanjay Gupta's "Dus Kahaniyan"?
A: The film is a compilation of 10 stories. I am playing a newly-wed in one of them titled "Gubbare". My coactors are Nana Patekar and Rohit Roy.

Q: How was the experience of working with Nana Patekar?
A: It was brilliant, I had apprehensions before but they were cleared once I started working. Nanaji is a phenomenon. One gets to learn so much from him.

Q: Do you think you will be able to work both in films and television at the same time?
A: I would love to do both. But it's very difficult, especially if you are playing the lead in a serial. A lead actor in a daily soap is required to work 25-28 days a month, which makes it impossible to commit for any other project.

Q: You made your debut with Balaji Telefilms and since then you have worked with them on many occasions. How has your experience been of working with Ekta Kapoor?
A: It's been a wonderful experience for me till now. Balaji is a nice production house and things get executed according to plans. Ekta Kapoor personally takes care of everything. I am aware of various actors who have said it was tough to work with Balaji Telefilms, and that it was too tedious. Well, I have never had any tiff with them to date, and as far as the word hectic is concerned, whichever production house you work with, if you are playing the lead role in a daily soap you will definitely run short of time. It's hectic everywhere, not just in Balaji.

Q: Your future projects?
A: Actually, I haven't worked for a long time, so at present, I am enjoying working in 'Kyunki'. I am not involved with any other project as of now.

Q: Your inclination is towards movies or television?
A: As I said, I would love to do both, but yes, I am more inclined towards films. 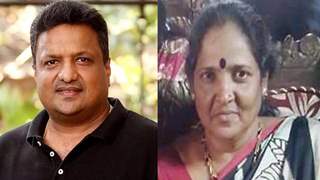 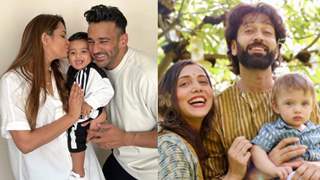