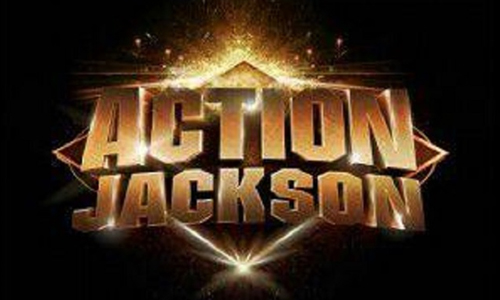 What can you expect from a film in which heroine needs to see hero without pants to get lucky? High flying unrealistic action drama, romance in bits n' pieces and a few comic scenes, this is all the film has for the audience.

Here is another story of two look-a-likes, where one is being chased by international gangsters and cops for some unexplained reason and the other one is Mumbai ka local gunda but good at heart. Khushi (Sonakshi Sinha) falls in love with the local gunda, Vishi (Ajay Devgn). On the other hand Vishi's look-a-like AJ is the right hand of Xavier (Anand Raj Anand), Bangkok's mafia kingpin. Xavier's psycho spoiled adamant sister, Marina (Manasvi Mamgai) falls in love with AJ, but AJ is truly-madly-deeply in love with Anusha (Yami Gautam). Rest the whole story revolves around Xavier chasing AJ for his sister and AJ running away to keep his love safe.

Ajay Devgn was still in his singham avtar, except the uniform, so nothing more audience can expect from him in the film. Prabhu Deva tried his best to make him dance, but failed. There was not enough space for Sonakshi and Yami to show their acting skills, but their designers did a great job to make them look gorgeous. Manasvi looked little loud in initial scenes but later she did complete justice with her character.

Songs were just there in the film for Prabhudeva to show his choreography skills and had no connection with the scenes. None of the tracks are catchy enough to complete with recent already hit ones.

The film has been put together haphazardly with poor script and non-sensical graphics and animation. All in all, if you have watched Sonakshi's previous films and Ajay Devgn's Singham, Action Jackson is worth skipping.