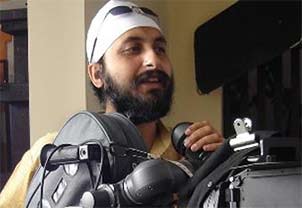 Manjeet, who split from RDB earlier this year, will release the song under his banner MANJ Musik.

"Manjeet has composed the promotional track of the film which will be a peppy dance number that will be featured in the club and is called 'Whistle Baja'," read a statement.

"The track will be additionally featuring Manj's better half Nindy Kaur and former Mafia Mundeer member Raftaar on the rap."