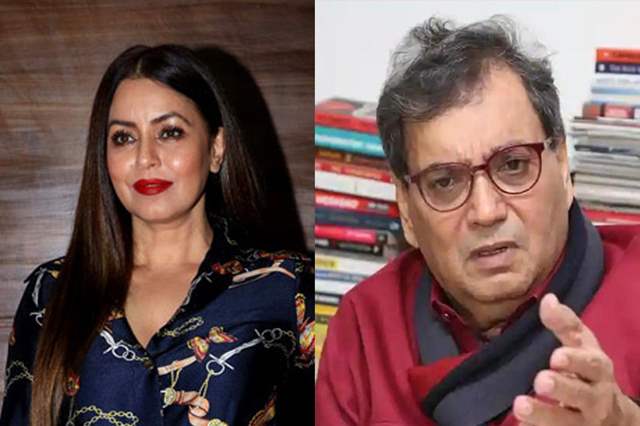 Actor Mahima Chaudhry may not have had a flourishing career in the movies but she will indeed always be remembered for her staggering and amazing debut in the film, Pardes.

The film, as we know, went on to become a huge hit and was directed by Subhash Ghai. However, in a recent tell-all interview with Bollywood Hungama, Chaudhry revealed some shocking things

and one of them was how she was bullied by Ghai. She further mentioned that the only people who stood by her in the process were Salman Khan, Sanjay Dutt, and filmmakers David Dhawan and Rajkumar Santoshi.

She said,  "I was bullied by Mr. Subhash Ghai. He even took me to the court and wanted me to cancel my first show. It was quite stressful. He sent a message to all the producers that nobody should work with me! If you pick up one of the issues of Trade Guide magazine in 1998 or 1999, there was an ad that he had given which stated that if anybody wanted to work with me, that person would have to contact him. Otherwise, it would be a breach of contract. However, there was no such contract which said that I had to seek his permission.”

Talking about receiving support from Salman, Sanjay Dutt, and others, she said, "Salman Khan, Sanjay Dutt, David Dhawan and Rajkumar Santoshi were the only four people who stood by me. They all told me to stay strong. David Dhawan called and told me that, ‘Don’t worry and don’t let him bully you.’ Apart from these four people, I didn’t receive a call from anyone else."

In the same interview, Mahima revealed about being a part of Ram Gopal Verma's film Satya. She further claimed that the filmmaker did not have the 'decency' to inform her that she is not a part of the film.