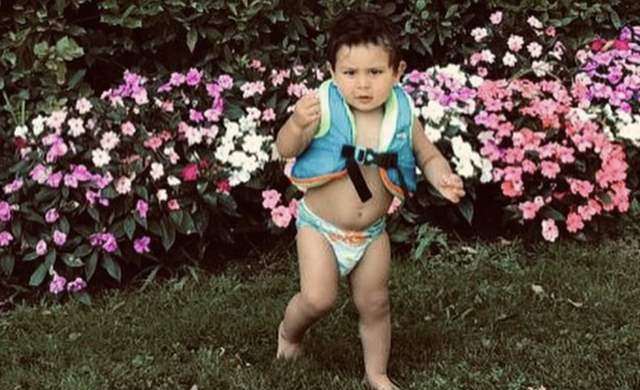 Kareena Kapoor Khan has always been a diva who enjoys a massive fan base and has managed to garner the attention of the audience with her style, acting prowess and aura.

But in this competition, it looks like Bebo's children are definitely going to surpass her. The Pataudi munchkins are paparazzi's favourite stars and they steal the show while getting papped. Recently Kareena took to the gram and shared an unseen picture of her little munchkin Jeh Ali Khan, who looks super cute.

He is standing in the greens wearing his underwear and little life-saving jacket as he poses for the camera. Sharing the picture, Bebo wrote, "That’s how I Firenze …❤️Summer of 2022❤️ Stay cool#Jeh baba".

As soon as she dropped the picture, Kareena's fraternity friends and fans swarmed the comments section with their lovely comments and emojis.

Malaika Arora wrote, "Munchkin with a red heart", while Vijay Verma commented, "so adorable." Manish Malhotra and Saba Pataudi also made their ways in the comments section.

Kareena Kapoor recently made headlines as she schooled the pregnancy rumours surrounding her since the past few days.

Giving a savage comeback to the netizens, bebo wrote, "It's the pasta and wine guys...Calm down..I am not pregnant..ufff....Saif says he has already contributed way too much to the population of our country. Enjoy KKK..".

On the professional front, Kareena is awaiting the release of her upcoming film Laal Singh Chaddha, wherein she will star alongside Aamir Khan. The film will release in theatres on 11th August 2022.

+ 8
2 months ago lil cutie! those kapoor genes are hella strong

+ 10
2 months ago Jeh is cutiepie and has photogenic face

+ 12
2 months ago Jeh is so cute. He is getting used to the camera now