The Kasturi lad Karan Patel is in total holiday mood, and is utilizing the break to full extent. 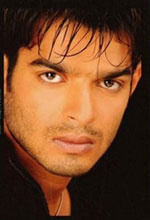 Featured Video
The Star Plus show had kept him busy for two long years, and he wants to rejuvenate himself before starting shoot for the Mahesh Manjrekar film, 'City of Gold'.

"For now I am on a break for one month as nothing much is happening on television right now. I am all set to start shoot for the film City of Gold", says Karan.

He is now looking forward for more movies. "Yes, there is one more in the pipeline but nothing has been penned down. It's too early to talk", he adds.

City of Gold is produced by Zee and directed by Mahesh Manjrekar. Karan will be seen sharing screen space with Shivaji Shatam, Reema Lagoo, Sachin Khedekar and Chetan Hansraj.

So is it good bye to television? "Not at all, as I will be looking for some quality roles on television. I want to play powerful characters that should interest the audience", he concludes.

For now, his fans will have to wait for another month or two to see him on small screen…

suduko 12 years ago plz do comeback with shubhangi atre plzzzzzzzzz