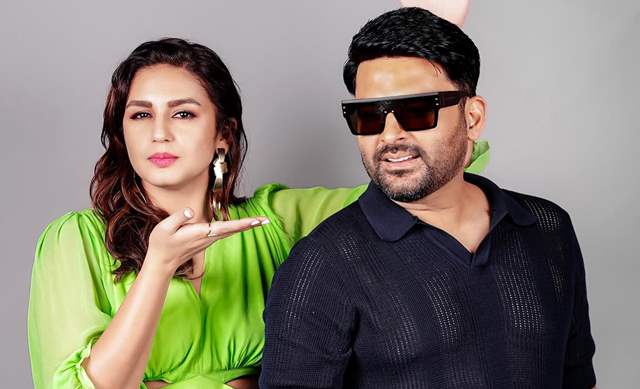 While the country is busy celebrating the festival of Ganesh Chaturthi, comedian and actor Kapil Sharma announced his next project with Huma Qureshi on the auspicious occasion. Worship of Lord Ganesha has a lot to do with new and properious beginnings and what better day than this to announce a project. Full marks to Kapil on this.

Well, Kapil took to the social media and posted pictures with Huma and asked the fans the title of their next project and within no time, the fans wore their creative caps and started putting in witty and quirky titles for Sharma and Qureshi’s upcoming project.

Any guesses which project me n @iamhumaq r doing together ? first ten winners will get a chance to come n watch #thekapilsharmashow live… will like the correct answers.

Huma too replied on the post stating: The title of the film is - Maharani Ka Bhai Ho Toh Aisa

Recently, the promo of the upcoming season of ‘The Kapil Sharma Show’ was released. The show will have a few new additions while some old cast members including Krushna Abhishek will not be seen in the upcoming season. Kapil has been a part of movies like Kis Kis Se Pyaar Karu and Firangi.

It will be interesting to know about Kapil and Huma’s upcoming project. Will it be a web-series or a movie? What are your guesses? Hit the comment section below.